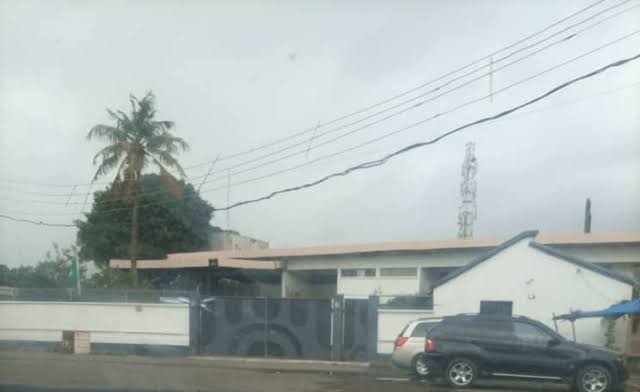 Three armed robbers in the early hours of Wednesday, September 2, broke into the residence of winner of the June 12, 1993, Presidential election, the Late Chief MKO Abiola, at MKO Abiola Crescent, Opebi, Ikeja, Lagos, and carted away jewelries and cash worth millions of naira.

Police sources told Vanguard that the robbers, who were armed with various dangerous weapons including guns, gained entry into the apartment through canal after cutting security wire.

It was gathered that when they could not easily gain entry into the main house due to the heavy security doors, they cleverly dug a hole beside one of the doors and sneaked in.

Vanguard learned that as soon as they entered the house, they broke into the room of one of the daughters of the late philanthropist and ordered her to take them to her mother’s room.

They were later taken to the room of one of the wives to the late winner of June 12 election whose name could not be ascertained, and carted away jewelries, trinkets worth millions of naira and cash in different denominations.

Sources said they left the house as soon as they completed raiding the room of his wife and disappeared.

It was learned that a team of Policemen, led by the Divisional Police Officer, Area F, CSP Gbenga, promptly rushed to the scene after they received a distress call about the incident and frantically combed the area in search of the fleeing marauders.

They later succeeded in arresting seven suspects, including two security guards on duty at the building at the time of the robbery.

Police sources said the arrest of the security guards was informed by their failure to notice the presence of the robbers when they were breaking into the house through the security gadgets and CCTV mounted in the house.

Vanguard also learned that the state Commissioner of Police, Hakeem Odumosu, later visited the scene to personally assess the situation and gave directives that the perpetrators, suspected to have insider information, must be fished out without delay.

When Vanguard visited the house around 4pm yesterday, the gates were securely locked, while some guards suspected to be plain-clothed security operatives were seen at the security gate.

Efforts to speak with any of the victims failed as one of the guards simply told our reporter that there was an instruction that nobody should be allowed into the building.

When contacted on phone, the state police spokesman, Bala Elkana, did not pick his call but a reliable police source confirmed that the arrested suspects had been transferred to the Special Anti Robbery Squad, SARS, Ikeja, for further investigation.

Reacting later in a statement on behalf of the family, Tundun Abiola, daughter of the late businessman, said the police have been informed of the incident and that investigation had commenced.

She said the gunmen subjected the family “to extreme emotional torture and harassment”.

Tundun confirmed that the hoodlums stole cash and other valuable items belonging to the family.

The statement read: “The hoodlums subjected the family to extreme emotional torture and harassment and stole cash and other valuable items belonging to the family.

“The police have since been informed. The crime is being investigated. We are consoled by the fact that no life was lost in this unfortunate and frightening incident.

“We give glory to Almighty Allah and we thank friends and family members across the world who have called and sent messages of support and solidarity.” (Vanguard)