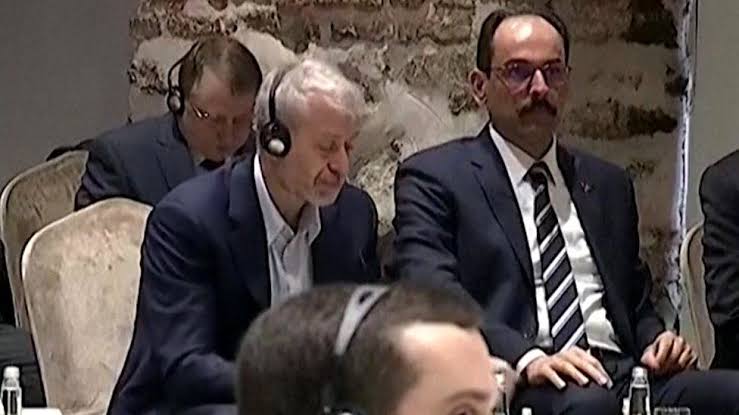 Russian billionaire and owner of Chelsea football club, Roman Abramovich was on Tuesday spotted among Russian delegation for the Istanbul peace talks on the ongoing Ukraine-Russia war.

In pictures broadcast by Turkish media, he was seen sitting at a table alongside Ibrahim Kalin – a spokesman for President Recep Erdogan, and is wearing translation headphones.

He’s not at the main table of the Russian and Ukrainian delegations.

Kalin has reportedly helped coordinate meetings between the Russian oligarch and a member of the Ukrainian delegation in Istanbul hotels.

The presence of Abramovich suggests he’s still involved at some level in the mediation attempts.

Reports filtered in on Monday that Abramovich suffered symptoms of suspected poisoning at peace talks on the Ukraine-Belarus border earlier this month.