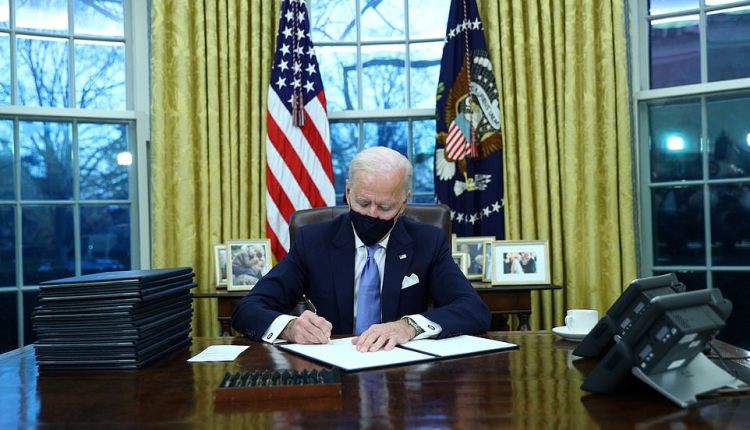 US President Joe Biden announced Thursday a new package of $800 million in military aid for Ukraine, saying it would help Kyiv in the fight against Russian forces in the Donbas region.

The Pentagon said the newest round of US support will include 72 155mm howitzers, 72 armored vehicles to tow them, 144,000 rounds of ammunition, and more than 120 “Phoenix Ghost” tactical drones recently developed by the US Air Force specifically to address Ukraine’s needs.

Biden said the new package was tailored to help Ukraine’s forces meet the emerging Russian offensive in the country’s east, which he said would be a different kind of fight than that in the north around Kyiv, where Ukrainian forces successfully beat Russian forces back in the first six weeks of the war.

“We’re in a critical window now… where they’re going to set the stage for the next phase of this war. And the United States and our allies and partners are moving as fast as possible to continue to provide Ukraine… the weapons their forces need to defend their nation,” the president said.

Biden also announced that Russia-affiliated ships would be banned from US ports, and that the US Treasury was putting up a fresh $500 million for Ukraine’s government so it can pay salaries and pensions and provide services.

He said unity between the US and allies in support of Ukraine is sending “an unmistakable message” to Russian President Vladimir Putin.

“He will never succeed in dominating and occupying all of Ukraine. That will not happen,” Biden said.

Ukrainian President Volodymyr Zelensky, who has pushed strongly for more and heavier weaponry, said in a tweet that he was grateful for Biden’s announcement.

“This help is needed today more than ever! It saves the lives of our defenders of democracy and freedom and brings us closer to restoring peace” in Ukraine, he said.

– Long-range artillery -At the Pentagon, Spokesman John Kirby said that Ukrainian troops were already being trained on the M777 howitzers and that the some of the new equipment would be on its way for delivery to the embattled country by this weekend.

Combined with 18 howitzers announced for Ukraine last week, the new artillery would be enough to equip five battalions, Kirby said, noting that both sides are preparing for a battle driven by long-range artillery fire.

In their training on the howitzers, Ukrainian forces “are very happy with the performance of the system and they’re learning it quickly,” said Kirby.

The new drones, he indicated, will act as both surveillance and “loitering” attack drones, which can hover over a target and either drop munitions or themselves crash into a target and explode at the most opportune moment.

“We are going to continue to utilize all available tools to support Ukraine’s armed forces in the face of Russian aggression,” he said.

– $4 billion in defense assistance -The new package follows $800 million in military assistance announced by the White House last week, taking to $4 billion the amount the US has put up in arms and supplies for Ukraine’s forces since the start of the Biden administration in January 2021.

Numerous allies in Europe have also supplied Ukraine with weapons and military supplies.

Biden pledged that US military aid for Kyiv will not dry up, and said he was preparing to ask Congress for more funds “to keep weapons and ammunition flowing without interruption.”

He called on allies to continue their support.

“We have the capacity to do this for a long time. The question is, are we going to maintain the support of the international community to keep the pressure on Putin” and keep enforcing tough sanctions on Russia, he said.

“The most important thing is maintain unity,” he said. (pmh/caw)