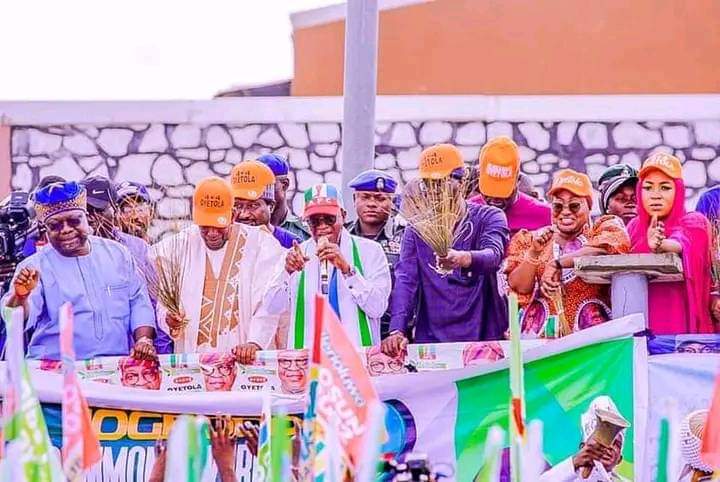 The duo, co-chair the national campaign, were accompanied to Osun State by the national secretary of the All Progressives Congress, Senator Iyiola Omisore and the national women leader, Dr Betta Edu.

Speaking at the campaign rally in Odo-Otin local government, Sanwo-Olu described Oyetola as a performing Governor who deserves to be re-elected by Osun people.

Sanwo-Olu said, “My brother, Ganduje, and I felt the need to come and cheer and support a worthwhile product, a man that has earned the trust and confidence of the people of Osun State. So, we felt that we should come and support him because it is proper, fit, right, and to also feel the mood of the state, and we have seen it.

“We have been inside and out of the rain and with what we have seen, we have seen a tremendous crowd from the traditional rulers, trade unions, and even religious leaders throwing weight behind Oyetola to be reelected.

“We are going to have bigger rallies next week which will further confirm that the APC is on ground in Osun. We are not here just to win but win big as a precursor to the bigger election that is coming up in 2023. Oyetola has impressed us as a party, more of our colleagues are still coming in solidarity.”

In his address, Oyetola reeled out his achievements in the past three-and-half years, stating that he is ready to consolidate on them when given mandate to rule the State again.