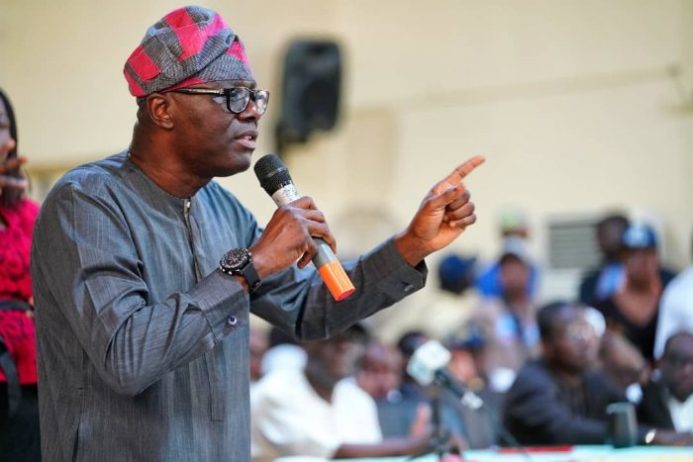 Gov Babajide Sanwo-Olu of Lagos State on Thursday called on stakeholders to lead the fight against total eradication of Tuberculosis (TB).

Sanwo-Olu made the call at a dinner with Private Sector community on Domestic Resource Mobilisation to end TB in Nigeria.

The News Agency of Nigeria (NAN) reports that the the event was organised by Stop TB Partnership Nigeria as part of the High-Level Mission on Domestic Resource Mobilization to end TB in Nigeria.

The governor reemphasized that tuberculosis was the 13th leading cause of deaths and second after COVID-19.

He said that it was no longer news that Nigeria was the sixth among the countries of the world with high prevalence of TB and second in Africa.

“All of us are in denial, tuberculosis was something that was far off but the reality was that it was near,” he said.

The governor said there were issues “we need to ask ourselves; are we going to fold our hands before our domestic staff bring it to us and it becomes fatal?, ”

He therefore charged to public and Stakeholders to go out and champion the course to end tuberculosis in Nigeria.

“As a journalist, you can write about it. Another clarion call for all of us.

“Let us do something with a difference, let us show that we are reducing the burden,” he said.

Sanwo-Olu said that his administration would be more committed towards its eradication, but noted that drug resistance was the greatest burden.

According to him, patients come up with drug resistance and can’t be allowed to go back to the society but isolate them.

He said that the state government would be converting its COVID-19 facilities into tuberculosis facilities and disclosed that his administration was trying to raise money to build a world-class infectious diseases research institute.

The highlight of the occasion was the naming of Gov. Sanwo-Olu as Africa tuberculosis eradication champion.