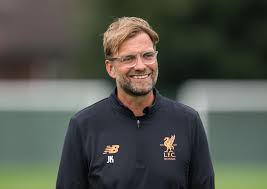 Liverpool boss, Jurgen Klopp has compared his excitement and feelings after his team’s victory against Huddersfied Town with Christmas feelings.

The Reds started the must-win encounter at the back of a 4:1 defeat to Tottenham at Wembley stadium last week. They missed a penalty at the early stage of the match before started scoring after the break.

“Three goals, three points, clean sheet,” said Klopp after coming out on top in the tactical battle with his best friend and Huddersfield boss David Wagner.

“Tottenham was the worst game we played in the season and you can’t ignore it. It can happen.

“The first goal against Huddersfield we forced the situation. The second one after a set-piece felt like Christmas. We had a lot of good set-pieces today.

“The third one was nice play. Big relief.”

Huddersfield, who arrived at Anfield on the back of a fine 2-1 win over Manchester United, had frustrated the hosts in the first half before crumbling.

“If you give one small chance away, they will punish you.”