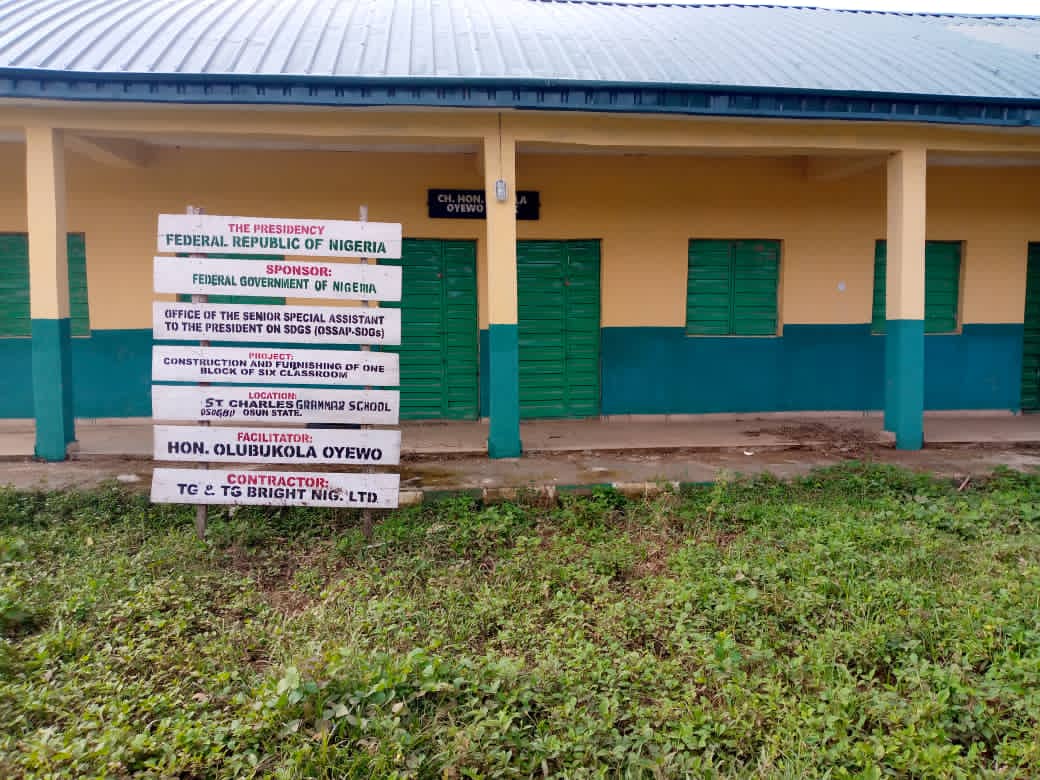 The Management of St Charles Grammar School, Osogbo has rejected a block of classrooms built by the House of Representatives member representing Irepodun/Olorunda/Orolu/Osogbo federal constituency, Olubukola Oyewo for being ‘built with substandard materials’, InsightMedia has gathered.

The project which was part of the 2021 zonal intervention projects of the lawmaker has remained under lock and keys since it was completed.

When InsightMedia visited the school to assess the project during the weekend, the doors were locked. However, the surrounding of the building has become bushy and remained untidy.

InsightMedia gathered that the Management of the school, Catholic Church, have communicated their rejection of the project to the Oyewo as the keys are with one of his aides.

“Oyewo is an alumnus of the school. The Management believes that he should know their standard. They classrooms were poorly executed and all attempts to ensure he does something better proved abortive.” A source told InsightMedia.

When contacted by InsightMedia, the lawmaker said he denied knowledge of the rejection of the project. He directed our reporter to talk to the agency that executed the project.

“I think you should contact the implementing agency. I only facilitated the project. I don’t know the execution of it.” Oyewo, who is a construction contractor said.

However, InsightMedia gathered that Oyewo was aware of the rejection as but care less about it.

Our correspondent also gathered that Oyewo, who recently lost bid to return to the Green Chambers, is an alumnus of the school.