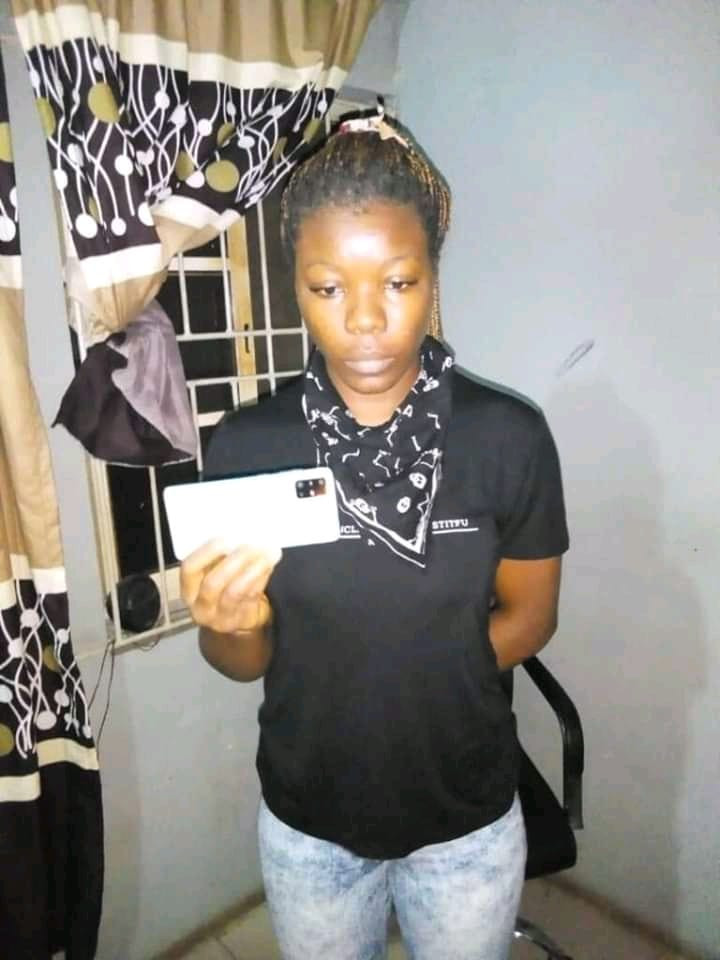 Police in Ogun State Police  have arrested a 20-year-old girl, Maureen Ohakamike who allegedly stole a mobile phone belonging to business magnate and Iyalode of Yorubaland, Alaba Lawson at a business center in Abeokuta.

Ohakamike was tracked to Lekki, Lagos by operatives of the Isheri-Magodo division after two months of intensive investigation and manhunt.

Speaking with journalists at the scene of the crime in Abeokuta on Tuesday, February 2, the suspect confessed that she stole the phone when Iyalode left her bag on a seat as she was being attended to by the photographers of the business centre.

According to the suspect, after she stole the phone she immediately switched it off and hid it within the premises of the business centre as the victim and staff were busy searching for it.

It was gathered that Iyalode Lawson was at a business centre in Abeokuta, last year December to take photograph when the phone was stolen. The case was reported to the police thereafter, and in swift response the authorities commenced investigation.