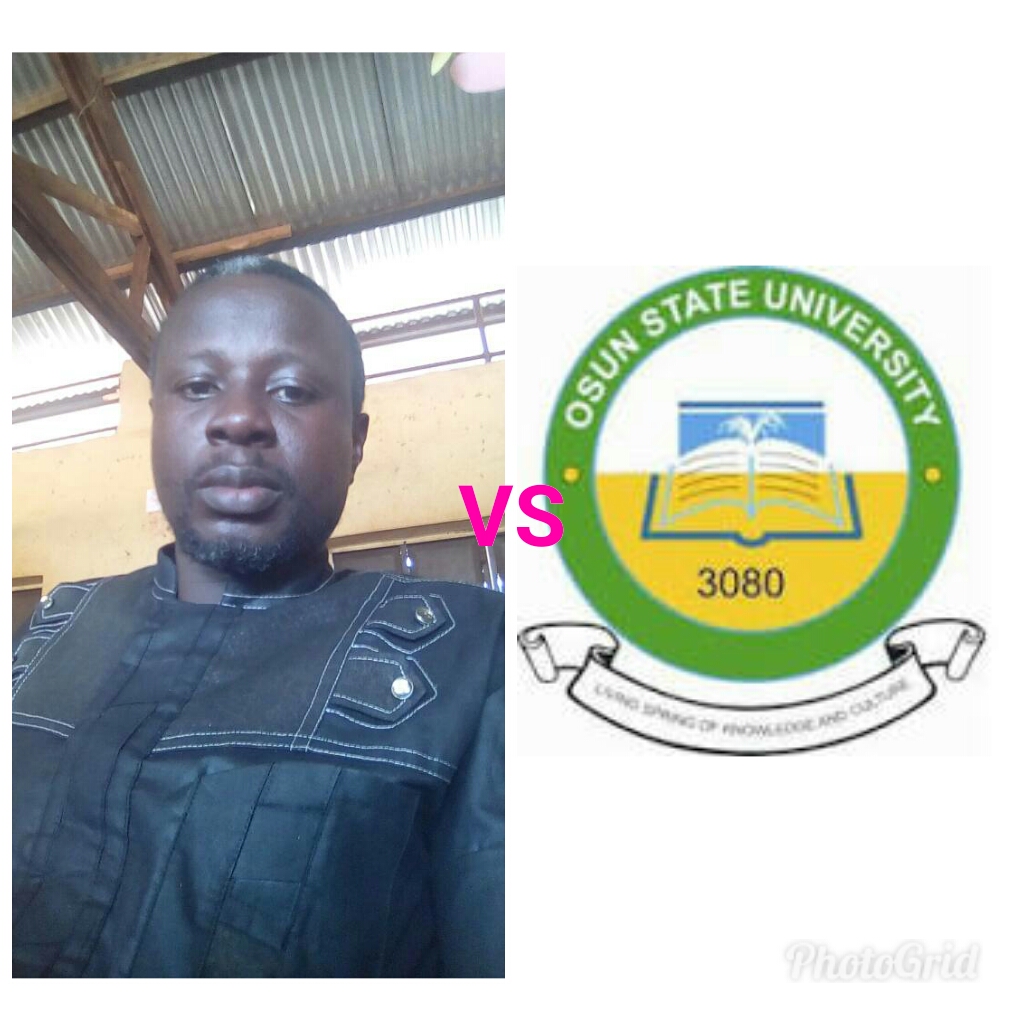 In the aftermath of the revelations by Dr. Bode Ojoniyi and the cries of his family demanding justice, the students of the institution have expressed their opinions about the matter.

Some of the students, who spoke with the INSIGHT GROUP on phone revealed that Ojoniyi is being punished by some cabals who have for long been threatening him over an issue he had with a member of their caucus.
Speaking with our correspondent, an ex-student of the institution, who does not want his name in prints said “even though there is an evidence against the man (Ojoniyi) but he never taught the lady in question a single course, why would it be sex-for-mark? I think what transpired between them was never done by force but a product of mutual agreement.”
He added that “the issue with Dr. Amao who altered 94 results in the year 2015 was the main problem he has with the cabals and he was delt with because of his blunt refusal to drop the case.
A female student who also spoke on the condition of anonymity said “Dr. Ojoniyi that I know is man with high moral standard and the crisis that engulfed him last year came as a surprise to me.
She further said that “I have not watched the video which is a clear evidence but I think other super-powers involved should be investigated.
In the opinion of another ex-student, who is a serving Corp member, he said “the confession of the lady in question should not be carpeted and even the evidences of Dr. Ojoniyi should be looked into by the Visitor of the institution and Governor of Osun State, Ogbeni Rauf Aregbesola to totally eradicate corruption in the ivory tower.
He added that “Dr. Ojoniyi is not in any way seeking reinstatement but wants his name cleared as this case if not cleared will be the hallmark of his career.
So what happens next?
As the resurfaced drama unfolds, Insight Group will keep you updated.