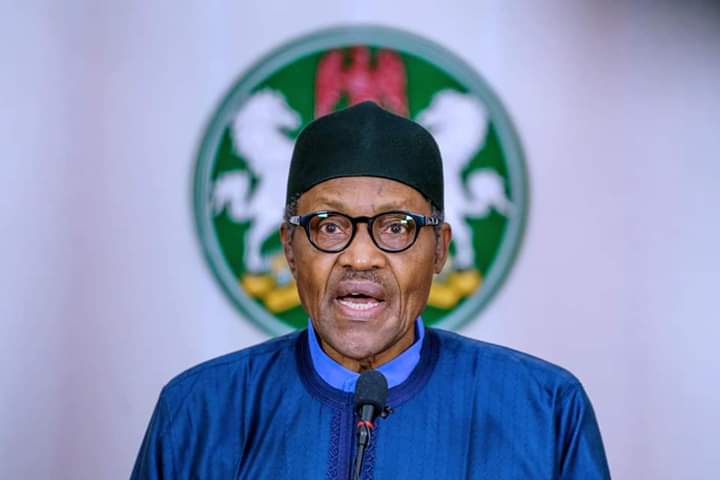 President Muhammadu Buhari on Thursday, October 1st made a national broadcast to mark the 60th Independence of the country.

Here are the highlights of what he said.

1. Nigeria will continue to be together

The president narrated the history of how the first Prime Minister of Nigeria, Abubakar Tafawa Balewa received the Constitution that symbolized the Independence of Nigeria. He said, “Our founding fathers understood the imperative of structuring a National identity using the power of the state and worked towards unification of Nigerians in a politically stable and viable entity. That philosophy guided the foundation that was laid for our young nation of 45 million people with an urban population of approximately 7million occupying an area of 910,768 square kilometers. These demographics led to development challenges for which major efforts were made to overcome.”

The president in his address said he’s aware of the economic crisis and the security challenges facing the country. He said his administration is working towards reviving the economy and bringing peace to the country. He said, “Today, I am aware that our economy along with every single economy in the world is in crisis. We still face security challenges in parts of the country, while our society suffers from a high loss of moral rectitude which is driven by unbridled craving for political control. An underlying cause of most of the problems we have faced as a nation is our consistent harping on artificially contrived fault-lines that we have harboured and allowed unnecessarily to fester.”

The president also stated that to build a strong democracy, the electoral system must be credible. He added that the electoral challenges in Nigeria are majorly human-induced, stating that the recent Edo Governorship Election has shown that his administration is committed to free, fair and credible elections. He said, “I am a firm believer in transparent, free, fair and credible elections as has been demonstrated during my period as a democratically elected President. The recent build-up and eventual outcome of the Edo State elections should encourage Nigerians that it is my commitment to bequeath to this country processes and procedures that would guarantee that the people’s votes count. The problems with our electoral process are mainly human induced as desperate desire for power leads to desperate attempts to gain power and office.” 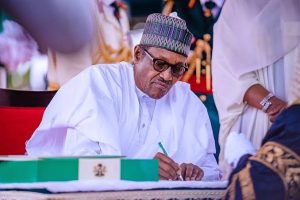 4. Buhari says it’s not possible to continue with subsidy

The president said after COVID-19, the government is grappling with challenges of saving both lives and livelihoods, thus the removal of subsidy is the only way to go. He said, “In this regard, sustaining the level of petroleum prices is no longer possible. The government, since coming into office has recognized the economic argument for adjusting the price of petroleum. But the social argument about the knock-on effect of any adjustment weighed heavily with the government.”

The president also revealed that his administration has introduced different programmes under the National Social Investment Programme (NSIP) to support the economy of the country, most especially, to lift the downtrodden up. He said, ” Accordingly, in the last three years, we have introduced unprecedented measures in support of the economy and to the weakest members of our society in the shape of:
a. Tradermoni
b. Farmermoni
c. School Feeding Programme
d. Job creation efforts
e. Agricultural intervention programmes. No government in the past did what we are doing with such scarce resources. We have managed to keep things going in spite of the disproportionate spending on security. Those in the previous Governments from 1999 – 2015 who presided over the near destruction of the country have now the impudence to attempt to criticize our efforts.”

6. Buhari says it makes no sense for Nigerians to be buying fuel lesser than Egyptians and Saudi Arabians

The president towards the end of his address said the total deregulation of oil sector has come to stay and that Nigerians can not be buying fuel cheaper that Egyptians and Saudi Arabians. He said, “Petroleum prices in Nigeria are to be adjusted. We sell now at N161 per litre. A comparison with our neighbours will illustrate the point; 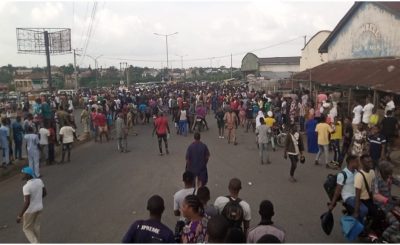