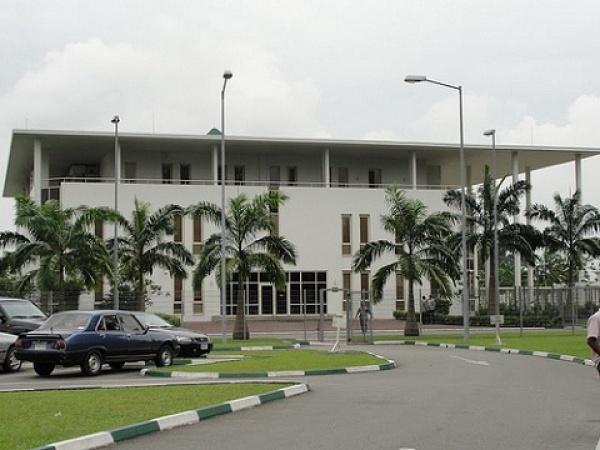 There was tension on Tuesday at the Abonnema wharf axis of Port Harcourt as security operatives attached to the Rivers State Government House and some suspected hoodlums exchanged gunfire in the area.

The shootout between the operatives and the suspected hoodlum left two persons hospitalized as assorted weapons, and drums of illegal products were recovered.

It was gathered that the hoodlums​ opened fire at the security operatives, who were on routine patrol. This led to a reprisal from the operatives.

Camp Commandant of the Rivers State Government House, Owen Irikefe, while narrating the incident said they were at the wharf to monitor activities of illegal refineries following a recent fire outbreak in the area when the hoodlums opened fire at them.

“This morning, at Abonnema wharf, we were going on routine patrol because of what happened the other time when a fire broke out at the wharf due to bunkering activities.

“As we were on patrol some group of boys from distance sighted us and started shooting at us and we in turn exchange fire with them. As the gun duel was intense they were overpowered and fled.

“When we entered the camp, we discovered that illegal bunkering is still going on in the area.We arrested some people in possession of the bunkering products and some drums of bunkering products were recovered alongside ammunition, an AK-47 rifle, pump-action gun, and locally made pistol,” Irikefe said.

Irikefe​ said two of his men that were injured in the gun duel have been hospitalized.

He cautioned those engaged in illegal activities in the area to desist henceforth or be prepared to be dealt with, adding that several drums of illegal products, arms and ammunition were recovered from the area.

“During the gun duel two of my boys were injured but they are receiving treatments. And the recovered will be tendered at the office of the commissioner of police ask exhibit.

“I am using this opportunity to warn criminals, particularly in that area to desist from such activities, otherwise we will not spare them and we will continue to fetch them out and charge them to court,” Irikefe said. (The Guardian)