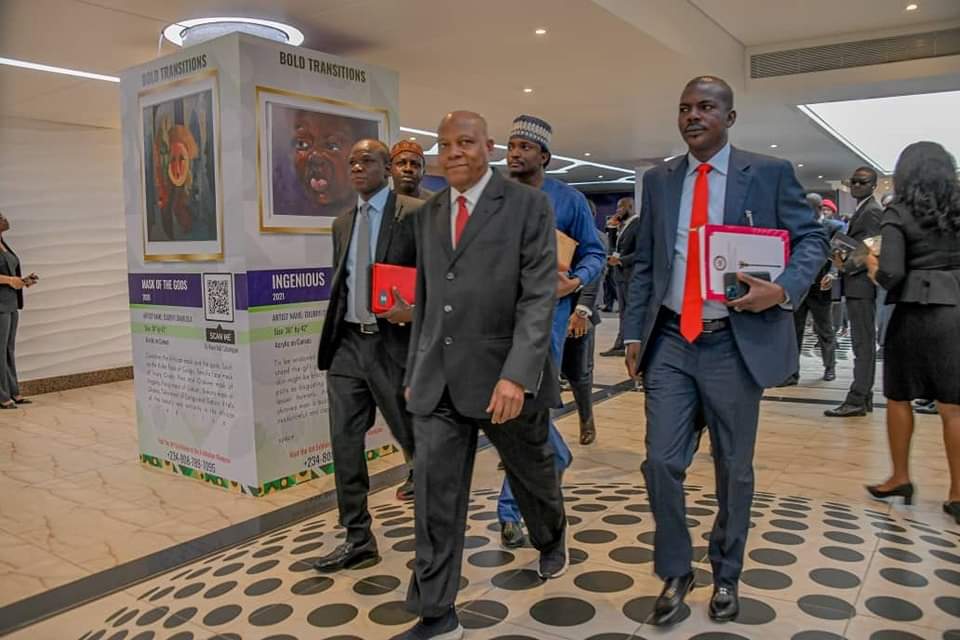 The Nigerian political space has been sufficiently suffused in the last 48 hours with commentaries on the appearance of the Vice Presidential Candidate of the All Progressives Congress, APC, Kashim Shettima at the Nigerian Bar Association, NBA, conference in Lagos on Monday.

The commentaries have not been on his speech, composure and master delivery of his knowledge of Nigeria’s sociopolitical economy but on his dressing, for no reason other than Luciferous and pernicious feeling of smug satisfaction.

The set of people who derided Shettima’s outfit deserves our pity – apologies to our respected journalist Bayo Onanuga – and they are people with small minds.

Shettima, a former governor of Borno State, North East Nigeria presided over the state successfully despite the war he faced with insurgents and enemies of the people who throughout his tenure continue to disturb the peace and tranquility of the state.

Shettima achieved a lot, he built roads, bridges, state-of-the-art primary and secondary school, he would have achieved more if he ran the state under the miasma of peace.

He also ensured that he gave the state a credible successor in Professor Babagana Zulum in consonance with the aphorism that “No success is good without a worthy successor.”

At the NBA’s conference, Shettima spoke about the Lagos and Borno model; where he was always on ground providing leadership from the home front.

He also spoke about the potpourri of Issues bedeviling this great nation citing relevant facts and figures that are relatable and doesn’t leave anyone to “go and verify.”

I think the issue with this small minds is that that they Knew how loaded Shettima is and the depth of his speech at the conference rattled the to the marrow that they had no choice than to distract discerning Nigerians from his fantastic speech but to his dressing which doesn’t necessarily matter anyways.

The talk about the appearance isn’t about him being wrongly dressed because they know he’s a dabble dresser and has a very high satorial inclination but that he wore a trainers in a suit, how trivial!

Mallam Modibbo Kawu, Former DG of the NBC in his highly placed treatise said, “By taking attention away from Kashim Shettima’s remarkably intelligent disection of the current realities of the Nigerian polity, they actually shot themselves in the foot.

“They have, to their chagrin, helped Nigerians to go beyond the surface, to see through their subterfuge, to a greater appreciation of the man, Kashim Shettima, and his competent understanding of the complex realities that we face; the challenges of surmounting them, and the required political acumen; experience and knowledge, to begin to offer solutions.”

Those who derided Shettima’s outfit truly deserve our pity.