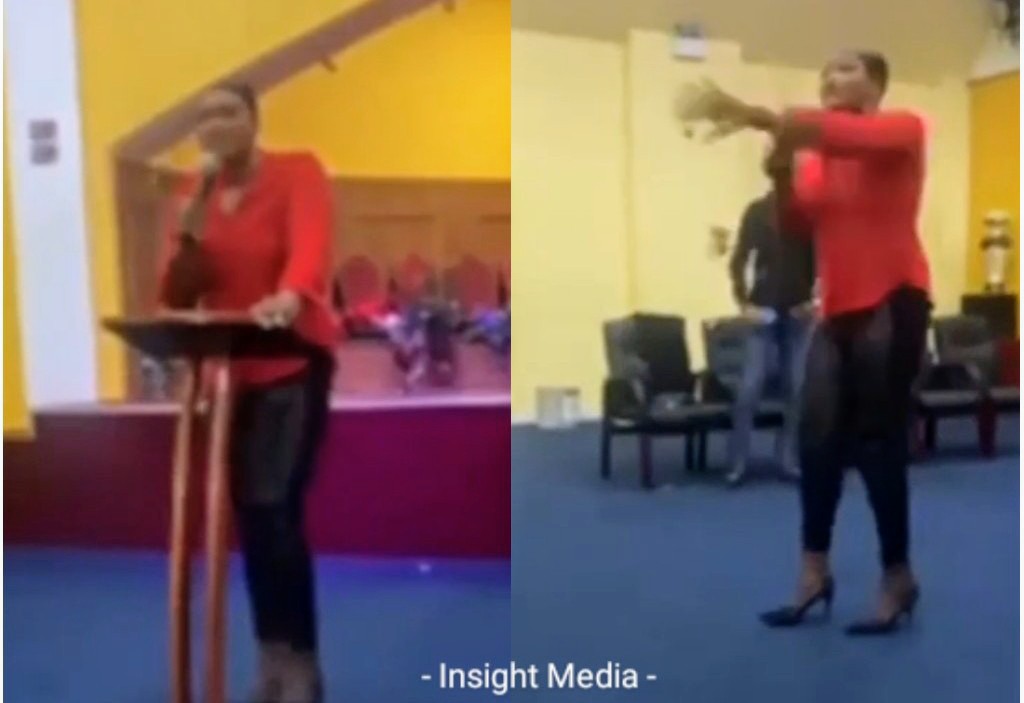 A video has captured the moment a pastor’s wife stood on the pulpit to heap curses on the heads of her members for not contributing money for her birthday celebration.

Pastor’s wife curses members birthdayThe woman who seemed to be illuminating on the act of giving rebuked her members for being selfish and stingy, she further stated that God will punish the members who failed to contribute money for her birthday celebration.

Speaking further, the lady who expressed how sad she was about the character displayed by some of her members, asserted that had it been they were the ones celebrating, she would have done more.

Pastor’s wife curses members birthday
But in her case, she didn’t get anything tangible thing from them, despite the help she has been offering them in various spheres. She, therefore, called down the wrath of God on her members.