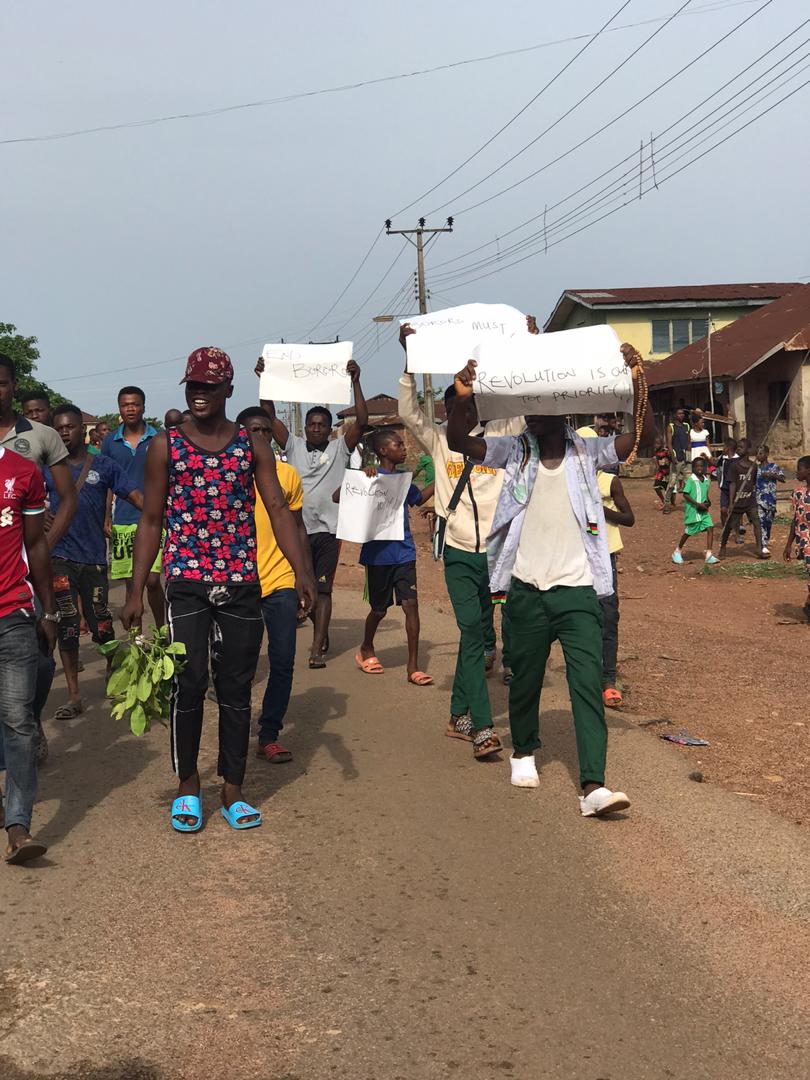 Tension has rented atmosphere in Otan-Ile in Obokun local government area of Osun State as residents, mostly, youths on Wednesday took to the street to protest invasion of Fulani herdsmen into their and arrest of their members by police over death of some cows.

The youths on Wednesday moved round the community armed with banners and leaves indicating they were on protest.

Some of the inscriptions on their banners include, “Bororo must go”, our land is not safe”, “revolution is our priority”, among others.

InsightMedia gathered that the crisis started when some new herdsmen entered their community and were having disagreement with the farmers over invasion of their farmlands.

It was gathered that some cows were shot dead by yet-to-be-identified individuals and police have been arresting members of the community in connection with the killing of the cows. Some of those arrested by police were picked on their farms and in their homes.

Speaking with our Correspondent, one of the leaders of the protesting youths, Wasiu Sanusi said the youths in the community are fed up with the excesses of the Fulani herdsmen and the connivance with police. He told our Correspondent that the bullets removed from the cows were not local bullets but those of riffles. 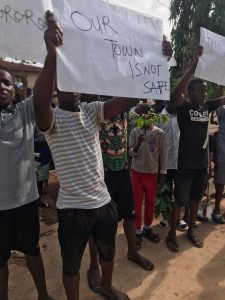 “So we are baffled at the way the herdsmen are threatening us on our lands. They continue to use police to arrest our people, detain them and make them pay for bail for offences they know nothing about. Where would our people get riffles? What they use here is a local or dane guns and the bullets removed from cows are not local bullets.

“We have resolved that these people should vacate our community since of cohabitation is not working. We can’t be threatened on our lands and continue as if nothing is happening.” Sanusi said.

InsightMedia also gathered that the community leaders on Thursday converged at the town hall for meeting on way forward. Outcome of the meeting was still sketchy as at the time of filing this report. 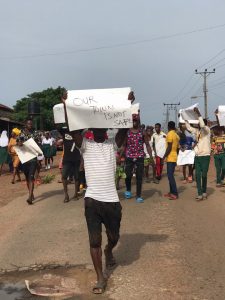