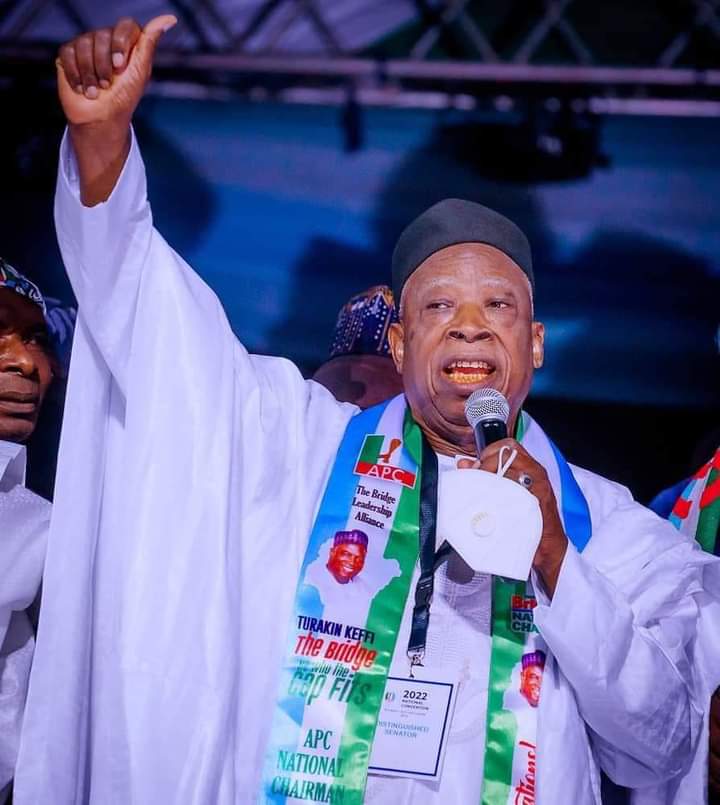 The Holy Bible says “you should love your neighbor as yourself” and this position is reaffirmed by the Quran which instructs Muslims that “whoever believes in Allah and the last day, do well to his neighbour.”

The current situation of Nigeria shows that the people who profess friendship may actually be enemies. How in the world is a nation battling with economic crisis and the same ruling party would impose a ridiculous price tag on its expression of interest and nominations for the forthcoming 2023 General election. In a country where the minimum wage is 30 thousand Naira, the ruling imposed a total of 100 Million Naira on Presidential aspirants, 50M on Governorship aspirants, 20M for Senatorial seats, 10M for House of Representatives and 2M for State House of Assembly positions.

There are some questions we need to ask those people that paid the APC nomination fee, like how do they acquire the money? Are they Businessmen or civil servants? Most likely not, as 80% of the aspirants are either serving governor, former governor, former senators or serving senate members.

This is nothing less than absurd. APC is a disaster to this great country, and it is still surprising how a party would have more than 21 aspirants contesting for president.

I think it is high time our society held political office holders accountable for how they disburse their allocated budget. This is necessary to understand how the aspirants accumulate the wealth for the nomination and consent forms.

This is a country where a Professor barely earns N400,000 per month. Ordinarily, no Professor is capable of buying the APC presidential nomination form. In actual fact, it would take a university professor over 20 years to be able to save for the APC presidential nomination form. For a country suffering from underdevelopment, this is very worrisome.

As a civil servant worker, a Permanent Secretary (PS) is the topmost position and the average salary earned by a PS is N300,000 per month. So a PS will have to work for 27 years 9 months to be able to acquire the sum of N100 Million.

Come 2023, it is my hope that the presidency is occupied by fresh minds, and not recycled politicians who have perpetuated themselves in power without actually solving any problem. Sometimes, I do wonder, if you are in the government and you have sound ideas of how to move us forward, WHY NOT ADVICE THE PRESIDENCY?

Instead of doing this, the ruling party has done more harm than good. According to the Guardian Newspaper of 18 March 2022, “the total debt stock of Nigeria is likely to reach N45 trillion as the Debt Management Office (DMO) plans to borrow additional N6.39 trillion to finance the 2022 budget.”

I think it is high time we sat to amend the constitution of our dear country. How would a country in an economic crisis continue to pay unsustainable emoluments to 360 members of House of Representatives and 109 Members of Senate, a total of 469 members. Worst still, each federal parliamentarian has at least eight (8) special advisers. For the country to move forward, it has to cut down its frivolous spending and unsustainable loans. The journey forward requires cutting our coat according to our cloth. Nigeria deserves better and it is up to us to give her a fighting chance of survival by putting the right people in power.