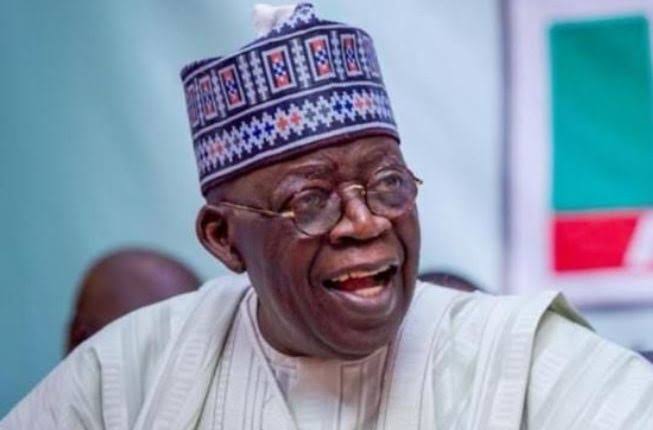 Former Lagos Governor and the presidential candidate of the ruling All Progressives Congress (APC), Asiwaju Bola Tinubu is currently in the United Kingdom with his entourage.

As part of activities in preparation for the 2023 poll, Tinubu is expected to speak at the Chatham House, London, on his ‘Renewed Hope Agenda’ on Monday, December 05, 2022.

The APC candidate would be discussing his plans for security, economy and foreign policy at the UK’s elite foreign and policy think-tank institution in the next few hours.

The Presidential Candidate had in his manifesto, indicated an intention to establish a bold and assertive policy capable of creating a robust architecture to effectively tackle terrorism, banditry, kidnapping and other forms of criminal activities causing havoc in the country.

Tinubu’s jetting out to the UK comes barely a day before the presidential town hall meeting, organised by Arise TV, in partnership with Centre for Development and Democracy (CDD), to engage candidates from the four major political parties in the country.

The Director of Media and Publicity, APC Presidential Campaign Council, Bayo Onanuga, said in a statement titled, ‘Tinubu Won’t Succumb to Arise News’ Blackmail,’ that he found it ‘shocking and downright anomalous’ that Arise TV continues to broadcast the participation of Tinubu in its town hall meeting despite an earlier statement that he would not be available for the engagement.