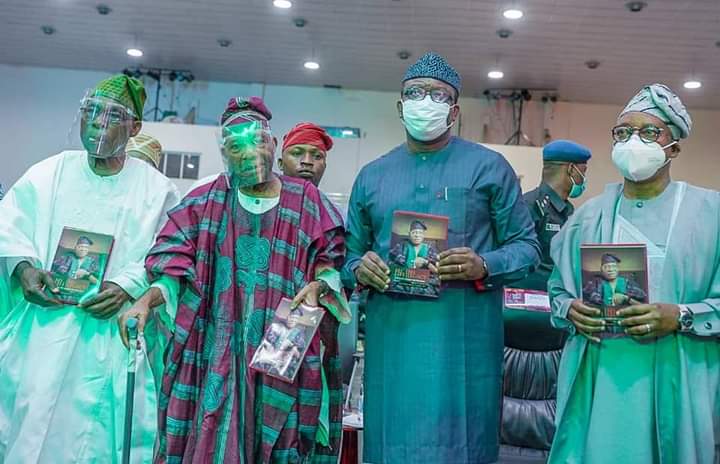 National Leader of  the All Progressives Congress (APC), Asiwaju Bola Tinubu, on Friday, donated the sum of N20 million to launch  the autobiography of Afenifere leader, Pa Reuben Fasoranti and to support the nonagenarian’s foundation.

The Chief Press Secretary to Governor Adegboyega Oyetola of the State of Osun, Ismail Omipidan, said in a statement that Tinubu was represented by Oyetola on the occasion.

They were all in Akure to honour the nonagenarian Afenifere leader, Pa Fasoranti, whom Tinubu described as an advocate of true federalism and united Nigeria.

Tinubu, also declared support for Pa Fasoranti’s pet project and the launching of his autobiography titled, “My Life, My Legacy: Service with Integrity and Excellence”.

Speaking at the public presentation and formal launch of the autobiography and the pet  project, held at the International Culture and Event Centre (The Dome), Alagbaka, Akure, Ondo State, Tinubu, said the Afenifere leader, Pa Fasoranti, effectively contributed to and enriched the discourse on regional integration, nation-building and good governance. 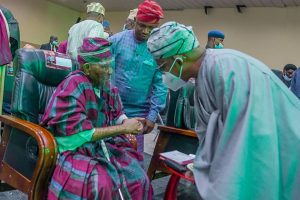 He described Fasoranti as an accomplished educationist, astute progressive politician, elder-statesman and die-hard Awoist, adding that the elderstatesman tirelessly advocated a pure federal principle as the basis for peaceful co-existence in an indivisible and united Nigeria.

“In May this year when Papa turned 94, in my special tribute, while congratulating Papa for the milestone, I commended him for his steadfastness and dedication to progressive and worthy causes and for his legacy of service to Nigeria and Yorubaland.

“Today’s twin-event, the public presentation and formal launch of his autobiography and pet project, is a fitting testament to that legacy.

“Papa and his life lessons have continued to serve as a moral guide to many of us and to the political class. Accomplished educationist, astute progressive politician, elder-statesman and die-hard Awoist, Papa has devoted his life to public service. We continue to celebrate him and his exemplary life.

READ ALSO:Obasanjo, Fasoranti bicker on the future of Nigeria
“Indeed, what we celebrate about Papa is the success story of leadership by example, political consistency, total loyalty to the progressive cause, devotion to principle, integrity, courage of conviction and uncommon contentment,” Tinubu added.

He assured that on his part, he would remain unshakable in his commitment to the idea and ideals of true federalism “without which our nation’s unity would constantly be shaken”.

Tinubu further said: “I urge all to continue to hoist the flag of true federalism, which our founding fathers fought for in order to leave an enduring legacy for the future generation of Nigerians. That is the path to true nationhood. 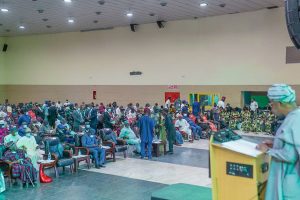 “I congratulate Papa for taking this bold initiative and for going through the pains and rigour of documenting his life trajectory and legacies for posterity.

“I thank Baba, even more, for his pet project, the Foundation, aimed at promoting a democratic Institute that will inculcate and entrench desired political values and discipline in practicing and aspiring democrats.”

Governor Oyetola was accompanied to the event by the Secretary to the State Government, Prince Wole Oyebamiji; his Chief of Staff, Dr. Charles Akinola; and Deputy Chief of Staff, Prince Abdullahi Binuyo, among others. 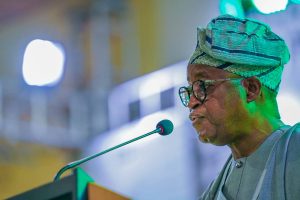 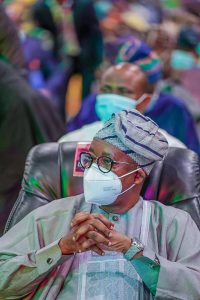