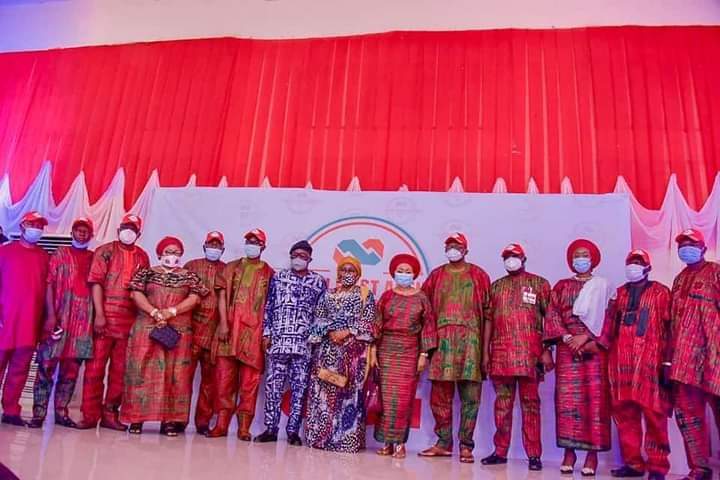 Traditional rulers, political leaders and members of the All Progressives Congress were among hundreds of people who trooped out for the launch of South West Agenda for Asiwaju Bola Tinubu in Osogbo, Osun State capital.

The city of Osogbo was agog and decorated with white, red and green which are the colours of the SWAGA.

Speaking at the programme, the National Chairman of SWAGA, Prince Dayo Adeyeye called on the people of the south west to be united and queue behind the national leader of the APC, stating the SWAGA is a south west Agenda.

“This is not the time to for the south-west to be divided. We should come with one voice together in unity to back Asiwaju Bola Tinubu up for the 2023 presidency position.” Adeyeye said.

In his contribution, the Oluwo of Iwo, Oba AbdulRosheed Adewale Akanbi said the mission to push Asiwaju Tinubu greater than Late Obafemi Awolowo was.

Oba Akanbi, who described himself “king of swag”, urged the people of the south-west to continue to support Tinubu, saying only a bastard from Yoruba land will not support the APC leader.

“I am the King of swag. SWAGA is my own. We are here today because of the leader and I am saying it that we don’t have any other leader in Yoruba land other than Tinubu.

“We need to remove the curse in Yoruba land of castigating and ungrateful to our leaders who are our heroes.

“We should all push Asiwaju Bola Tinubu to be greater than Awolowo so that his legacy could go on. Only a bastard son of Yoruba will not support Tinubu,” Oluwo stated.

In her welcome address, the coordinator of the group in Osun, Hon. Ayo Omidiran expressed her optimisms that the Agenda will be successful in Osun.

She added that the sign of bringing back the presidency of the Federal Republic of Nigeria to the south-west region has become visible to the people.

“By May 29, 2023, the Muhammadu Buhari’s presidency will come to an end and build up to that is the understanding that power is shifting back to the south from the north.

“Against this backdrop, we are of the view that the south west must be strategically positioned to assume the leadership of the country come 2023, hence the coming together of people of like minds who are genuinely passionate about the well-being of the region to form SWAGA.”

She, however, reiterated that Tinubu has not mandated them to carry out this assignment for him.

“This is strictly a voluntary errand we are running having identified him as a credible, sellable and potent product to sell to Nigerians from the region. This we are doing by tasking ourselves to bring this dream to fruition,” Omidiran stated.

Photos of the event