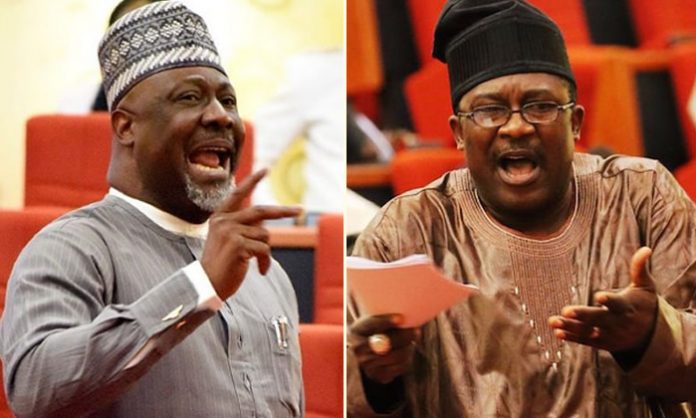 Ex-Lawmaker, Senator Dino Melaye has reacted to the verdict of the Tribunal that upheld the victory of Senator Smart Adeyemi as the lawmaker representing Kogi West Senatorial District at the Senate.

The State’s Election Petitions Tribunal had on Wednesday dismissed Melaye’s petition, saying he failed to prove the allegation that he scored majority of the lawful votes in the November 16, 2019, Senatorial Election in the State.

Shortly after the judgment, Melaye took to Twitter to address his supporters that he had not relented, and would be challenging the verdict of the Tribunal at the Court of Appeal.“We actually did not expect judgement at this level but we know that by the grace of God, we’ll get justice at the Court of Appeal.

“I encourage my teaming supporters to be strong because the battle is a battle of no retreat no surrender.

“This temporary victory is very temporal and evaporative, we are getting there and we’ll get there…” he said. (Daily Trust)