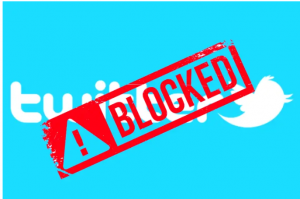 The United States, US, Consulate in Lagos has described as deeply worrisome, the suspension of Twitter by the Federal Government.

Claire Pierangelo, US Consul-General, made the remarks, Wednesday, at a programme, entitled “Conversation on Press Freedom, Freedom of Expression and Civic Space in Nigeria,” in Lagos.

She said the government’s intention to introduce registration requirements for social media platforms, banning or restricting social media with threats of prosecution, undermined the human rights and fundamental freedom of Nigerians.

She said: “Nigerian government’s ongoing suspension of Twitter and stated intent to introduce registration requirements for other social media platforms is deeply worrisome.

“Banning or significantly restricting social media, including under threat of prosecution, undermines Nigerians’ human rights and fundamental freedoms. We are encouraged by the meetings between Twitter and government technical committee last week aimed at resolving the suspension.”

ALSO READ: States responsible for most of your demands, FG tells striking doctors

Speaking on the right to freedom of expression for the press, she said journalists must be vigilant since they remained the mouthpiece of the people.

She said: “In view of these recent developments, you — reporters, editors, media executives, and civil society representatives — must remain vigilant to protect the right to freedom of expression and press freedom.

“To fulfill its highest civic purpose, the press must be both independent and unbiased. Without independence, a media outlet functions as a public relations mouthpiece for the government and other powerful interests.

“In the same breath, history is full of cautionary tales showing that when governments try to limit citizens’ right to talk about certain topics, important conversations are pushed into the shadows allowing individuals to express their opinions — no matter how much the government and other citizens may disagree with them. Rigorous debate promotes transparency and social stability.”