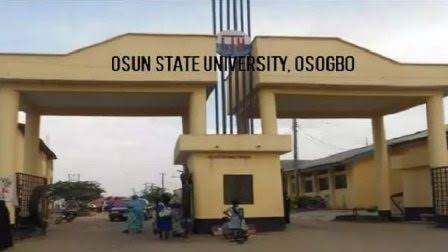 In a bid to curb rising cases of river blindness (Onchocerciasis), in Nigeria, the Osun State University has won $1.4 million in Bill and Melinda Gates Foundation research grants.

The grants, according to the University’s Vice-Chancellor, Professor Clement Adebooye, is a multi-disciplinary research team led by Professor Monsuru Adebayo Adeleke, a Professor of Public Health Entomology and Parasitology in the Department of Zoology, Osun State University Osogbo for the development of black fly pheromone baited trap and some entomological studies on black fly trapping and control in Nigeria.

Addressing journalists at the University campus in Osogbo on Monday, Professor Adebooye the research is aimed at ensuring the 2030 target of eliminating river blindness in Nigeria is achieved.

His words: “Most black flies, popularly called “amukuru” in Yorubaland, feed on the blood of mammals, including humans, although the males feed mainly on nectar of flowers.

“They are a common nuisance for humans, and many countries have programs to suppress the black fly population because they spread several diseases, including river blindness, also called Onchocerciasis in science and called “Inarum” in Yorubaland.

“River blindness is one of the debilitating diseases of public health importance and it is transmitted by these black flies.

“Investigations have revealed that bites by black fly often cause spot itching of the skin and swelling at the point of bite and sometimes inflammation result from a bite. Depending on the species and the individual’s immune response, swelling and irritation may persist for weeks.

“Our experience at the village level shows that intense black fly bites can cause “black fly fever”, with headache, nausea, fever, swollen lymph nodes, and aching joints. In some humans, severe allergic reactions may require hospitalization.

“According to World Health Organization (WHO), more than 99% of infected people live in 31 African countries, including Nigeria. It has been estimated that at least 220 million people required preventive chemotherapy against Onchocerciasis, 14.6 million of the infected people already had a skin disease and 1.15 million had vision loss. Population-based treatment with ivermectin (Mectizan®) (also known as mass drug administration or MDA) is the current core strategy to eliminate onchocerciasis.

“Four countries have been verified by WHO as free of onchocerciasis after successfully implementing elimination activities for decades: Colombia (2013), Ecuador (2014), Mexico (2015), and Guatemala(2016). But, our country Nigeria needs to double our scientific research to get out of the burden of Onchocerciasis”.