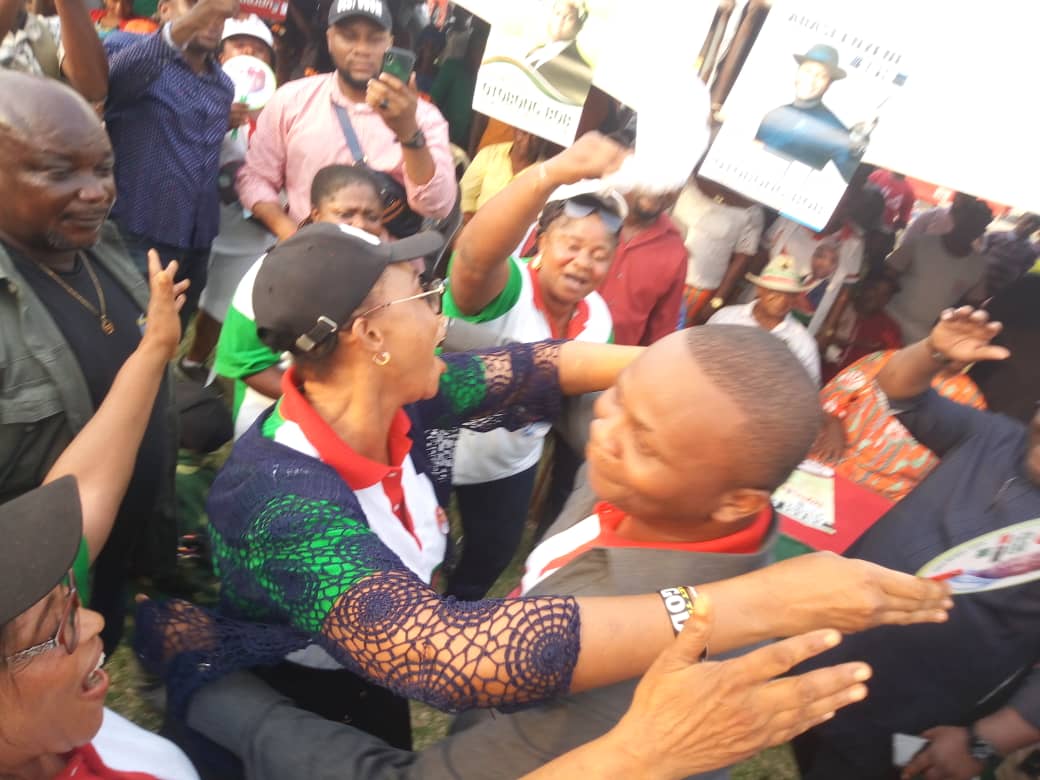 When a group of individual from Nsit Ubium extraction approached Distinguished Senator Effiong Bob to beg him to allow his son to serve his people as a lawmaker, many of us did not really know what they saw. Little wonder our elders often say that what an older person sees while sitting is much more than what a child sees even if he is on top of an Iroko tree. It is now that it is very clear that the elders saw a prepared leader and deliverer in Barr. Otobong Bob. This perhaps explains why they persisted when Sen. Bob attempted to resist.

Barr. Otobong Bob is a vessel decorated for service. He is selfless, unassuming, visionary, passionate and poised to bring development to his constituency.

Those who are privileged to join him as he toured 88 units in NsitUbium, tagged “ABASIENYENE 2019 Unit to unit Tour” can attest to the fact that he is well received anywhere he stepped into. Beyond “politics “, NsitUbium people have wholeheartedly accepted Barr. Bob. The series of assurances from the elders, the devotion of the youths, the passionate encouragement of the women are clear evidences that Barr . Bob’s call to serve is divine. This is the reason why every resistant that attempted to stop his candidacy was divinely frustrated, just as those who were against him at the outset of the race gradually formed alliance with him. Indeed, his call to serve is heavenly.

As the election gradually draws closer, let it be known to every kindred and tongue that Barr. Otobong Bob has been designated for this assignment and nothing can stand on his way.

There is still room for those in the other side of the divide to join his team, as he has already won the election. Nsit Ubium people are only waiting for March 2 to celebrate Bob ‘s victory.