Non-teaching staff in the universities under the aegis of the Joint Action Committee, will on Tuesday, embark on three-day nationwide protests over the government’s handling of the Integrated Personnel and Payroll Information System, sharing formula of the N40 billion earned academic allowances and non-payment of arrears of the new minimum wage.

The committee said other contentious issues that informed the decision include inconsistencies in IPPIS payment and the delay in the renegotiation of the FGN/ ASUU/SSANU 2009 Agreement.

Others were the non-payment of retirement benefits to former members, non-constitution of visitation panels to universities, poor funding of universities, teaching staff usurping the headship of non-teaching units, among others.

The JAC which comprised the Non-Academic Staff Union of Educational and Associated Institutions and the Senior Staff Association of Nigeria Universities directed all its branches to mobilize the members on Monday for the rallies.

The decision to embark on the protest was taken on Friday night at a meeting by the leadership of NASU and SSANU, in Abuja, where they reviewed the Memorandum of Understanding signed with the Federal Government on October 20, 2020.

In a communique signed by the SSANU President, Mohammed Ibrahim, and the General Secretary of NASU, Prince Peters Adeyemi, the committee added that the unions would consider other measures, including embarking on an indefinite strike, after the protests.

The JAC was expected to meet on Thursday to review the success of the protest and deliberate on the next step.

It was also gathered that the unions have notified the Minister of Labour and Employment, Senator Chris Ngige, who is the conciliator between the FG and the unions of their intention to embark on the protests.

The FG had in December approved N40 billion earned allowances for the four university unions and allegedly allocated 75 per cent of the amount to the Academic Staff Union of Universities, leaving 25 percent for the other three unions.

But this did not go down well with the NASU, SSANU, and the National Association of Academic Technologists as they rejected the sharing formula and threatened to ground the universities.

When asked what was being done to address the unions’ demands, the spokesman, Ministry of Labour and Employment, Mr Charles Akpan, said he has no information on steps being taken on the issue.

“When such issues come up, we as the conciliator always invite them to meetings to address their demands but I don’t have any information on what was being done on their demands,” he said on Sunday. (Punch) 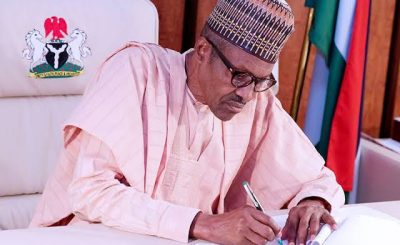 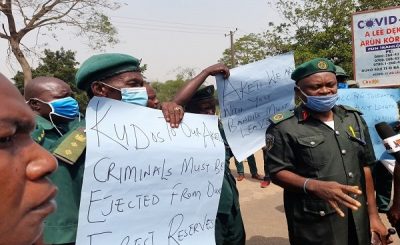