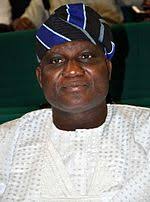 Following the arrests made by the Department of State Security Service in the early hours of Wednesday, Insight Media can confirm that that out of the two persons arrested, one has been released.

As at 17:00 on Thursday, an insider told the Insight Media that “it is obvious that many of us have been earmarked for arrests and detention to prevent our participation in the upcoming Local Government Election, two were arrested yesterday – Hon. Sikiru Yusuff (Lasun’s brother) and the security guard in our office.

“As I speak this moment, Hon. Sikiru is still in detention without any charge instituted against him. However, the guard has been released.  It is an internal crisis within the All Progressives Congress as all this effort is a calculated attempt to prevent us from participating in the LG elections.

While answering questions on other people penned down for arrest, the source refused to mention names for security reasons. He   said “in fact the DSS men have been to my house more than three times likewise others. I believe that they can never get me until I feel like seeing them.

The source concluded by saying that Rt. Hon. Lasun Yusuff is working assiduously to make sure that those in detention are freed as soon as possible.