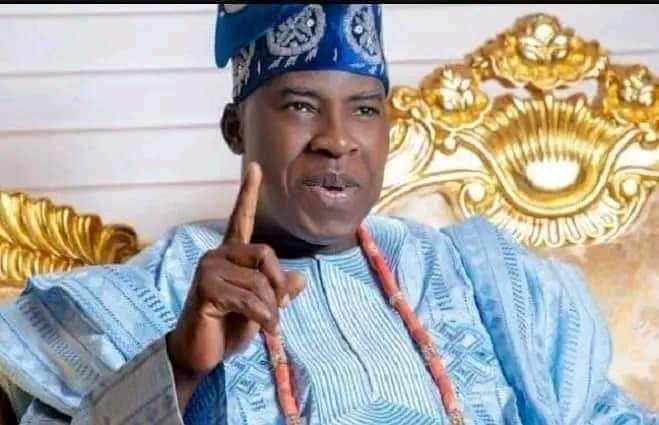 The Osun State chapter of the People’s Democratic Party has expelled Prince Dotun Babayemi from the party over an alleged anti-party activities.

The Ward Executive members of Otun Balogun 2, Ayedaade local government area of the State made the pronouncement during a press briefing at the State Party secretariat in Osogbo on Friday.

Reading the address on behalf of the Ward EXCO, the Secretary of the Ward, Ogunleye Bukayo said the factional governorship candidate was expelled as a result of a petition filed against him by some party members.

“The Ward Executive Committee of the Party in exercise of the powers conferred on it by sections 57(2) and 59 (1) (g) of the constitution of PDP hereby remove and expel Prince Dotun Babayemi from the Peoples Democratic Party. He therefore ceases to be a member of the PDP henceforth.”

“Despite the interventions of the National Working Committee of PDP, party stakeholders and elderstatesmen to persuade Prince Babayemi to withdraw all court cases filed against the party, he has refused to yield to words of reasoning and is hellbent at pursuing legal actions against the party with the sole aim of truncating the wishes of good people of Osun State in the mandate given to Senator Ademola Adeleke”.

However, following receipt of petitions bothering on the state of affairs of the party and alleging in particular serious anti-party roles being played by Prince Dotun Babayemi and his supporters, a seven man disciplinary committee was set up.

“In other to avail him the opportunity to respond to the allegations, the disciplinary committee at its inaugural sitting on the 13th of July, 2022 issued a letter of invitation for him to appear before the committee. Babayemi failed to appear before the committee to respond to the allegations at the expiration of the seven days which lapsed on 19th of July, 2022”.

The committee on the 19th of July, 2022 thereafter looked into the petitions, and Prince Babayemi’s continuous filing of several court cases against the party as an affront and his refusal to withdraw same despite the intervention of the party’s leadership both at the State and National level as complete disobedience t the party’s lawful directives.

The disciplinary committee frowned at the actions of Prince Babayemi and considered his adamant postures and party activities as embarrassing to the party, bringing to disrepute the name of our town and a discrete plan to sabotage and subven the will of the people of Osun State.