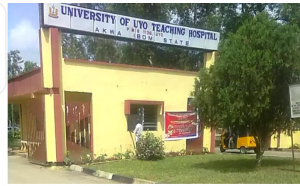 Association of Resident Doctors, Akwa Ibom State have joined their counterparts nationwide to proceed on an indefinite strike following failure of the state and federal governments to address issues regarding their welfare.

This was confirmed when Vanguard visited the University of Uyo Teaching Hospital (UUTH) on Monday.

However, some workers at the UUTH, who spoke to Vanguard on condition of anonymity expressed worries about what the fate of the patients especially those on admission would be if the strike was not addressed as soon as possible.

One of the workers lamented, “I pray that this strike will be called off soon because few months ago the Resident Doctors embarked on strike, it really affected the in-patients, who were already on admission.

“Today is just the first day of the strike, and we don’t know what the situation will be like here by tomorrow. I am only hoping that government do something fast, because it is the patients that will suffer it most”, He simply said.