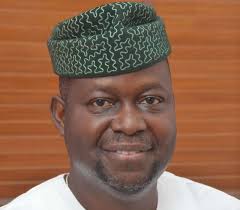 If there is anyone that has allowed careless talk to define him, the person is Wale Bolorunduro, former finance commissioner in Osun State. Anyone familiar with Wale would not struggle to understand that he is an uncontrollable rabble rouser and cheap attention seeker. For attention, the Ere-Ijesha born politician could eat his vomit with reckless abandon. At every point, he throws himself around like an uncultured juvenile to gain cheap publicity.

Wale bad-mouths others without any break. For him to rise, he believes other must be pulled down. Even those who were once his benefactors have never been spared from his caustic tongue and chicanery. A story was told of him….: After his return from the unprofitable sojourn in Action Democratic Party in 2019, Wale began to warm himself to Governor Oyetola’s heart for a possible political appointment. As a shrewd maligner, Wale’s pastime was always disparaging Ogbeni Rauf Aregbesola, calling him unprintable names, including divulging some of the secret and private talks he (Wale) and Aregbesola once shared regarding Oyetola. A discerning Oyetola would not entertain such evil talks and pettiness even though the ex-commissioner had invested his time and resources in his Biibire Magazine to promote the achievements of the governor. So in 2020, he became a persona non-grata in Abere ( the seat of power); and for that reason, among others, he has since become a bitter critic of the government and person of Alhaji Gboyega Oyetola.

However, since his formal joining the opposition PDP—the party he severally swore never to flirt with— Wale has become a more irritating talker. Basking in the euphoria of seeing himself returning to government, where he was literally chased out following his ignominious conduct, he now manufactures lies like a crumb eater who has never eaten on the table of a King before.

One of his lies is to the fact that the Government of Oyetola initated tweaking of Omoluabi Conservation Fund law so as for it to have unfettered access to the savings there. To set the record straight, it is important to say this: the law establishing the Omoluabi Conservation Fund was repealed Monday, April 11, 2016— long before the emergence of Oyetola as Osun governor in November 2018. Before the repealment, the Government of Rauf Aregbesola had emptied the treasury to execute, some of what it called, its lofty projects. For instance, on November 27, 2015, the then government had sought the approval of the Osun State House of Assembly to withdraw N1.25 billion from the Omoluabi Conservation Fund. According to the request letter read December 1, 2015 on the floor of the assembly, the fund was sought to improve Infrastructure in the state. Even though Wale Bolorunduro had ceased to be the state commissioner in charge of finance, he as technical adviser to Governor Aregbesola then was the de facto Commissioner for Finance. His advisory was sacrosanct. During the period, Wale was always visible among pressmen, rationalising reasons for the actions of the government. To him, the Omoluabi Conservation Fund law of 2012 was to provide a bailout for the state during emergency; therefore, the plan of the government to use the Fund to partly finance the construction of Odi-olowo-Isale-osun-Ita-olokan road ( now Workers’ Drive) was in tandem with the purpose of the Fund.

Now in 2022, the garrulous lying-machine, struggling to look good to his new political paymasters, is blaming everyone except himself for an action he many times glorified in the past.

According to Niccollo Machiavelli, a purposeful politician must be honourable. And if one is to be considered honourable, one must be first considered loyal.
Honour is the reputation and alliance that you earn from those you serve and those who serve you. Loyalty is staying true to yourself and standing by someone else’s side when they face adversity. Wale has none of these two virtues. He has no honour. And loyalty to him is heavenly. He is only in politics for wealth and power to grab. Nothing matters to him again. Not even the prestigious Bolorunduro surname he often drags through the mud.

I was in his Jerusalem in the eve of last governorship election and I spoke with a couple of Ere-Ijesha youths who previously canonised him as their hero and mentor. What I heard about him is a story for another day.

Nonetheless, one must be concerned about his children and children’s children—the innocent ones— who would grow to be told stories about a father and patriarch who had everything in abundance but integrity. A patriarch who for political patronage, power and showmanship would eat his vomit in the gutter and among the swines. The swines he used his past to criticise. The swines. His old foes. The old foes he repeatedly called political vampires, thugs, murderers and shameless voodoo men. The murderers and thugs he, on March 17, 2015, threatened to sue to the International Criminal Court for killing and maiming members of the All Progressive Congress in Ijesha North Federal Constituency.