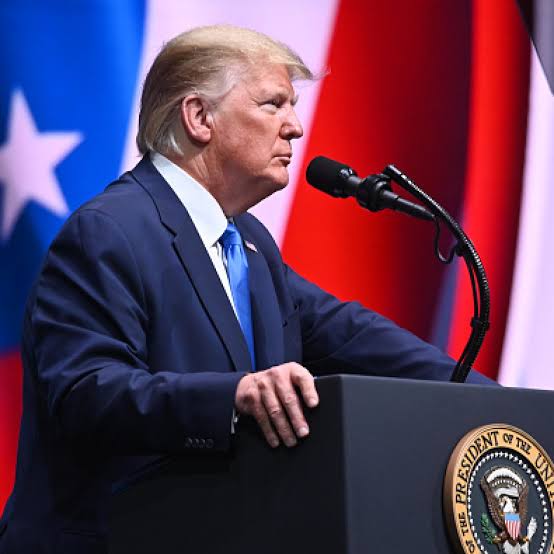 The Trump Administration has told Congress the nation has formally withdrawn from the World Health Organization, which is seeking to organize an international response to the coronavirus pandemic.

News of the move broke on a day U.S. deaths to the virus topped 130,000 and the country was on the cusp of 3 million infections.

President Trump announced the move in May after repeatedly accusing the international group of catering to China and failing to protect other nations from the outbreak.

Senator Robert Mendendez (D-N.J.), who chairs the Foreign Relations Committee, announced the notification on Twitter, while blasting the decision as shortsighted and risky.

‘Congress received notification that President of the United States (POTUS) officially withdrew the U.S. from the @WHO in the midst of a pandemic. To call Trump’s response to COVID chaotic & incoherent doesn’t do it justice. This won’t protect American lives or interests—it leaves Americans sick & America alone,’ he wrote.

The administration also told the UN Secretary-General, an administration official told Fox News. The move would take effect July 2021 – which in theory would give Trump or Democrat Joe Biden, who is leading in the polls, the chance to roll it back.

Trump blasted the WHO this spring as he shocked U.S. and world officials when he announced the move. He said the WHO had failed to make ‘greatly needed reforms,’ and said the U.S. would divert funds to other global health organizations.

The move drew pushback even from prominent Republicans, who have called out some missteps by the WHO but nevertheless saw the benefit in having a global health group tending to issues like COVID-19, Malaria, and Ebola.

U.S. officials have hammered WHO Director-General Tedros Adhanom Ghebreyesus for praising China for its ‘transparency’ early in the outbreak.

Trump once again referred to the coronavirus as the ‘horrible China virus’ on Tuesday.