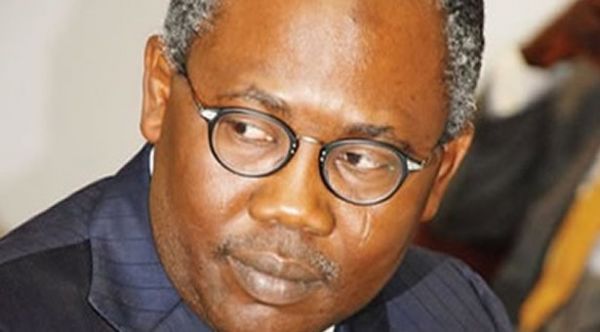 Mohammed Bello Adoke, SAN, former Nigerian Minister of Justice and Attorney-General of the Federation (AGF) has disclosed that he considered taking his own life after they left office in 2015.

Adoke, who served under the immediate past Goodluck Jonathan administration and is currently on self-exile, revealed this in his yet-to-be published book, titled “Burden of Service”.

A report this morning by The PUNCH quotes the former minister as writing in the book: “To wake up every day and see my name being unjustly maligned on the internet was no longer bearable. Being hunted for what I did not do felt like a death sentence on its own. It is time to force my exit from this world, I told myself.

“I walked to the terrace of my rented semi-detached maisonette in The Hague, The Netherlands. I looked down. Plunging a few metres seemed to offer an instant relief instead of waiting endlessly for my vindication.

“I would become totally blank to shame and sorrow within seconds. I would never have to worry about the lies and the persecution again.

“My blood would be on the hands of those who hounded me to my death. They would live the rest of their lives with a bleeding conscience, assuming that they had any such thing. Death, rather than life, seemed very attractive to me now.”

He said he stopped the thought after he realized that if he died, nobody would tell his own side of the story and his family and friends will live with the stain for eternity. He said his persecutors will also said claim his death was an escape from Justice.

“I decided to live and tell my story,” he said.