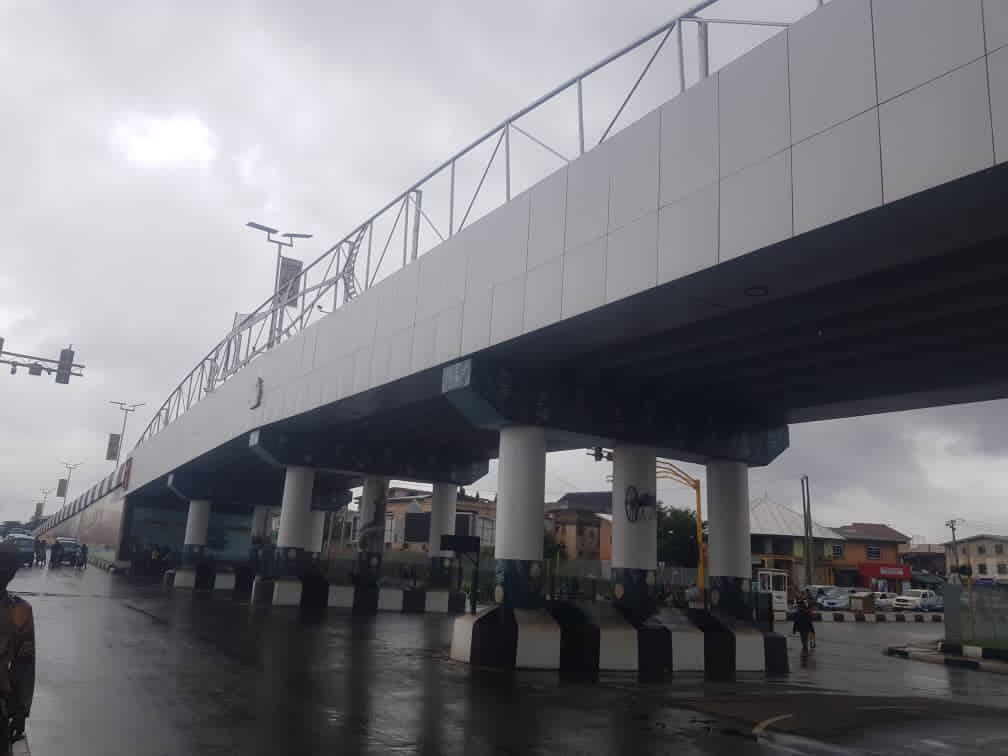 By Yussuf Adetunji and Rofiat Adekola
The Olaiya Fly Over is one of the most stunning and recognizable sights in Osogbo, the capital of Osun State, thanks to its cutting-edge aesthetics and assurance of proper upkeep of the facility.

Anyone who hasn’t visited Olaiya since the project’s (the flyover bridge) completion will be in awe of it at this point.

The flyover’s construction, which is more than 625 meters in length precisely, took more than a year and a half to complete.

Governor Gboyega Oyetola’s administration oversaw the completion of the project.

Peculiar Ultimate Concerns Limited, founded by Engr Olarenwaju Adeleke, an Osun State native from the Ile-Ogbo Local Government Area of the state, was in charge of the flyover project.

Due to Olaiya’s proximity to the state’s center, transportation costs increased during the construction of the flyover, negatively affecting many businesses throughout the state.

The olaiya flyover was built at a cost to the state of Osun of more than #2.7 billion.

With two Underpass bays for U-turning to Fakunle/Justrite and MDS/Post Office, the Flyover has four spans of 15 meters each. A bridge approach ramp measuring 295.95 meters in length, a Fakunle ramp measuring 196 meters, and an MDS ramp measuring 99.95 meters all have a 3% slope. Ten meters wide.

An average car is 1.8 meters wide. The widest point is 2.55 meters. Average trailer width is 2.4 meters, maximum width is 3 meters, and there are 3 pillars in each of the other 2 pillars.

Views of places like Adolak, the Aiyegbaju International Market, and other structures are available from the southern side of the bridge. Freedom Park, Igbona Market, a well-known market in the state, and other locations along that axis can also be seen from the northern side.

In order to ensure the safety of the populace, the flyover is more than just an iconic project, according to Osun State Governor Gboyega Oyetola.

Then, Oyetola, make known the requirement for an interchange at the Olaiya intersection.
He continued, “It is his duty to ensure the security of lives and property in the state.”
Additionally, people coming from Abere can cross the flyover bridge without having to wait for players of Alekuwodo and Odi olowo Lane to move.

The congested traffic around the intersection was intended to be solved by the flyover. Over the years, there have been several accidents close by. The Olaiya flyover bridge was built to reduce the number of accidents that occur there frequently.

There are many breathtaking views as well as artistic designs, murals, art, and drawings on the walls. Some of the images used in decorating are heroes like Moremi (a legendary Yoruba queen), Ina Oloju Merindinlogun (the 16 sacred lamps lit at the beginning of the annual Osun Osogbo festival), The Akope (the plam wine tapper), the Arugba, The Ori olokun, and The Olofa Ina.

The widely used farm tractor and some other historic images give Olaiya the appearance of one of the foreign cities.

The pillars are white in color and the up is blue, and on the other side of the road under the bridge there is an image of a taxi with a woman standing next to it and a picture of a market square. The bridge is very colorful and it is painted with many colors. The chamfer is painted with white and black, and so are the kerbs.some of the wall are painted in cream and brown colors.
Theflyover bridge is also embellished with a variety of lights that add to its beauty, particularly at night when the various colored lights around the bridge come on and enhance its allure. Some of the lights are in the shape of fish at the top of both sides of the bridges, signifying the popular festival in Osogbo.

‘Help me, Portable is threatening my life because of a dream’ – Signee beaten by singer cries out