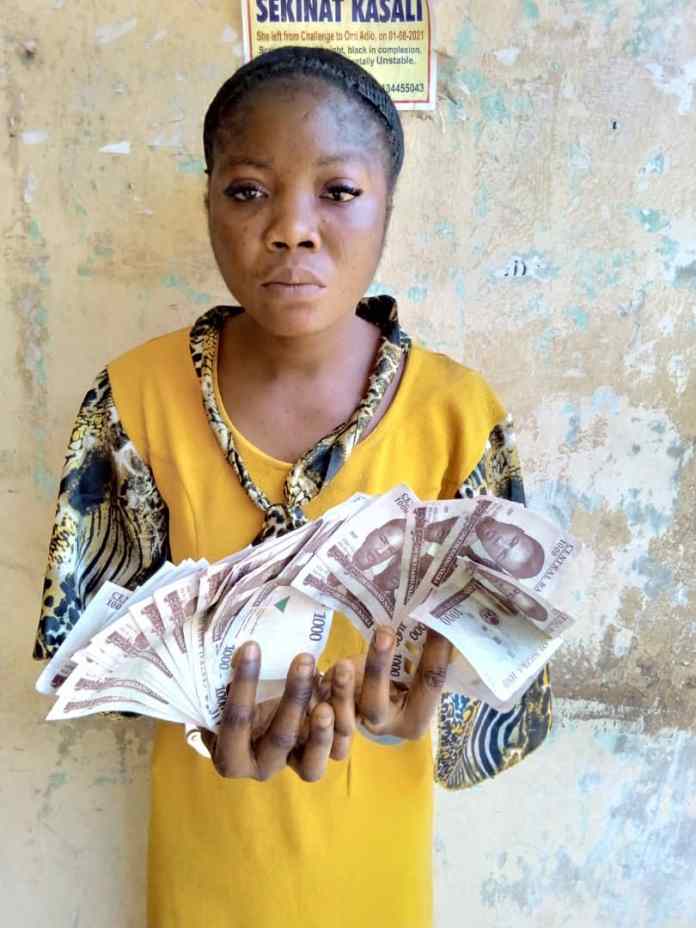 A 30-year-old woman, Bola Agbedimu, has been arrested for being in possession of fake Naira notes in Ogun.

Agbedimu was arrested at Kila Market, Odeda Local Government Area of the state, while she was reportedly transacting with fake N1,000 notes.

According to Oyeyemi, a leader of the Egbalawa crops/fruits association had reported at Odeda police division that the suspect was caught spending fake currency notes in the market.

Acting on the report, the DPO of the Odeda Division, CSP Femi Olabode, was said to have detailed his detectives to the scene where the woman was arrested.

“On searching her bag, a sum of N24,000 fake currency notes was discovered.

“On interrogation, the suspect confessed to being a habitual counterfeit naira note dealer.

“She confessed further that her mode of operation is mixing the counterfeit notes with genuine ones and used it to purchase goods,” Oyeyemi explained.

He added that “the woman has been arrested on many occasions at different markets within Abeokuta.”

Meanwhile, the state Commissioner of Police, Lanre Bankole, ordered the immediate transfer of the suspect to the State CIID for further investigation and diligent prosecution.