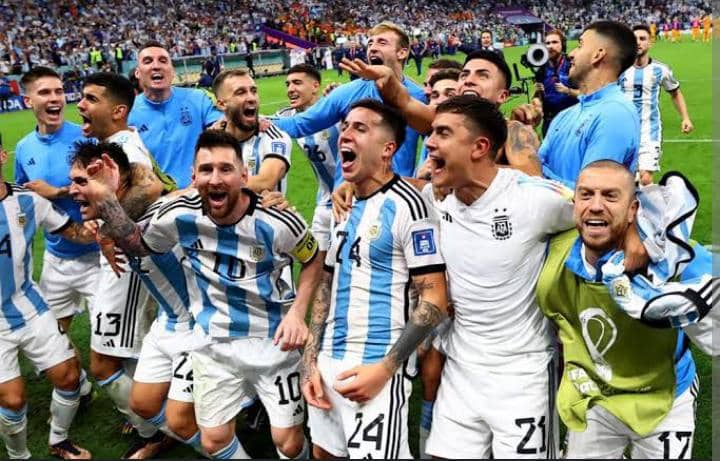 Argentina clinched a dramatic 4-3 penalty shootout win over the Netherlands to set up a last-four clash with Croatia for a place in the World Cup final.

Argentina looked like cantering into the semis after Nahuel Molina opened the scoring with his first goal for his country, before Lionel Messi added a second from the penalty spot with less than 20 minutes left to play.

But substitute Wout Weghorst latched on to a delicious Steven Berghuis cross to head Netherlands back into the contest with their first effort on target, before poking home from a brilliantly worked free-kick in the 10th-minute of injury-time.

Argentina substitute Lautaro Martinez rattled the post in the last minute of extra-time, but with the score level at 2-2, the quarter-final tie went to the dreaded spot-kicks.

Emiliano Martinez saved the first two Netherlands penalties from Virgil van Dijk and Berghuis, giving the Dutch a mountain to climb, with Lautaro Martinez scoring the decisive spot-kick to ensure Argentina prevailed 4-3 in the shootout.

Argentina will meet Croatia at the Lusail Stadium in the last four on Tuesday night for a place in the World Cup final.