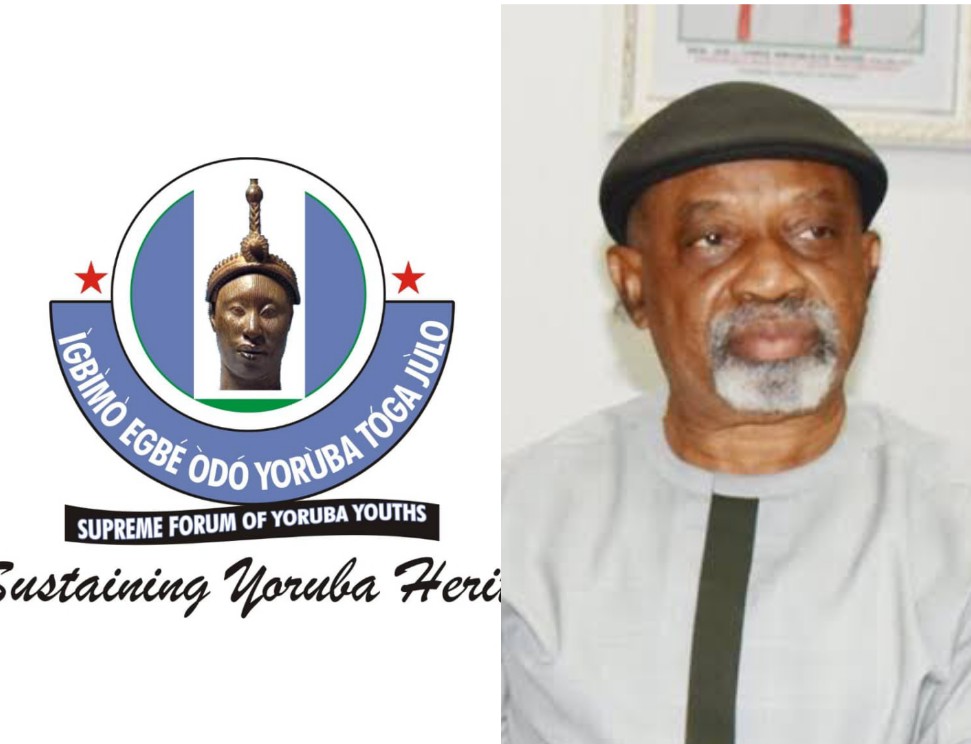 The Supreme Forum of Yoruba Youths has described the statement made by the Minister of Labour and Productivity, Senator Chris Ngige on Asiwaju Bola Tinubu as an insult on the Yoruba people.

The Forum called on Ngige to as a matter of urgency apologize to the National Leader of the All Progressives Congress or risk the wrath of Yoruba Youths.

This warning was contained in a statement by the National Secretary of the Forum, Comrade Olanrewaju Wahab in Osogbo on Friday.

Wahab described the statement as a display of hatred and arrogance Ngige is nursing against the former Governor of Lagos State. He said Ngige should be “shameful” for referring to the person who was raising his hands for elections while in Action Congress of Nigeria as his mate.

“We at the Supreme Forum of Yoruba Youths consider the statement by the Minister as an insult on the Yoruba people. It’s obvious that Ngige and his co-political opportunists are nursing hatred against Asiwaju Bola Tinubu. Because one wonders why he had to bring Asiwaju into a matter that has no link with him.” Wahab said.

“We use this medium to remind Ngige that Asiwaju was the man that resuscitated his dying political career and brought him back from Oblivion while in ACN. Ngige must be an ingrate for talking down on Asiwaju in front of cameras.

“We hereby call on Ngige to as a matter of urgency retract his statement and apologize to Asiwaju as failure will mean risking the wrath of Yoruba Youths across the globe. We will never tolerate any disrespect on our revered leaders in the South West.” He added.