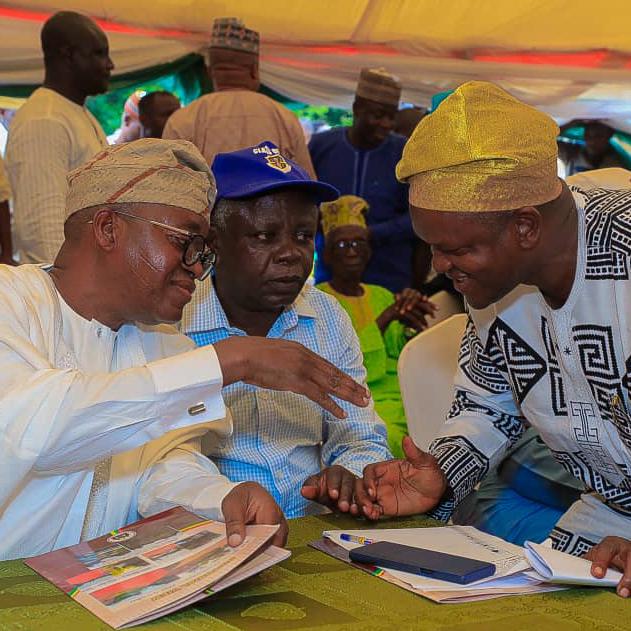 A front line community in the State of Osun and immediate past permanent secretary, State Universal Basic Education Board (SUBEB), State of Osun, Alhaji Fatai Kolawole, has told rumour peddlers to desist from such antics just as he reminded them they couldn’t be more Oyetola than himself going by his antecedents and the continuous robust relationship he has with the Governor of the State, Alhaji Gboyega Oyetola.

Kolawole gave the warning while responding to a deliberate campaign of calumny against his person by some ambitious opportunists and unscrupulous elements who strive in confusion and violence.

It will be recalled that earlier today, there was a report circulated on social media where an attempt was made to link the personality of the respected community leader to the alleged disruption of the launch of 4+4= Oyetola yesterday in Modakeke.

While condemning the report in its entirety, Alhaji Kolawole asserted that no one can profess to love Oyetola more than him as the state governor is someone he holds in high esteem with unconditional affection.

In his words, Kolawole said “I am a peace-loving man. I don’t have history of violence. What would be my reason or motive for hiring thugs to attack the supporters of our governor to the extent of tearing banner? Despite my wise counsel to hold it another day because of the death of the Deputy Chief of Staff, the pandemic Covid 19 and the NCDC guidelines on social distancing, so also not to contravened the Osun Public Health Law.

“I am, through this medium, dissociating myself from such attacks whether now or in the nearest future.

“I am appealing to the youths of our community to desist from dropping or using my name for anti-social and criminal activities which I have been guiding jealously over time.

“That I am equivocally saying it here that I have a robust relationship with Governor Oyetola is neither an overstatement or an hyperbolic submission”, Kolawole stated.

The immediate-past SUBEB PS enjoined all the members of APC in the community to sheathe their swords and embrace peace in the interest of our party and the Governor Oyetola-led administration.