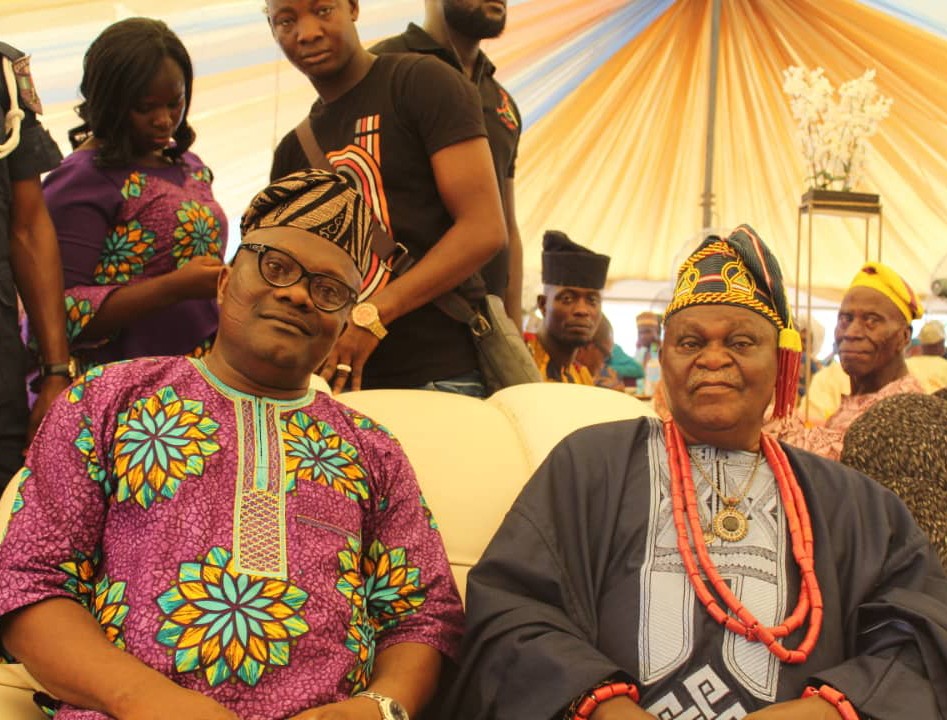 The people of Ilobu, Irepodun Local Government area of Osun State have described a news item credited to one Prince Jide Akinyooye, the Publicity Secretary of Ifon-Orolu Progressive Union, as an unfounded information, damaging report and an unpatriotic call for war between the two communities.

The people who spoke to newsmen on Sunday, July 19th said Ilobu is known for hospitality and peace, and the people will not be dragged into war through inflammatory utterances and incessant provocation.

The Chairman of Irepodun LG, Abayomi Oyedeji, whose name was mentioned in the said publication published by a section of online media, said the community will not stand akimbo and allow the people of Ifon-Orolu to distort the history, be aggressive and at the same time, crying wolf.

The Council Chairman said the reference to Ilobu as “aggressive people” by Akinyooye is “the most dubious way of transferring qualities of Ifon-Orolu people to Ilobu.

“One would wonder how Ifon-Orolu which has cases with Erin-Osun at Osogbo High Court, Ilajue and Ikunsin at Oyo High Court; with Aro at Ede High Court among other court cases, will now be saying some people are aggressive?

“The truth of the matter is that earlier last week, the Alasangbe of Isangbe made an announcement on OSBC radio that all Ilobu sons and daughters farming in the area should vacate the land. This led to destruction of their crops afterwards hoodlums sponsored by the Alasangbe. One wonders what provocation could be greater than that? After all these, we are trying to pacify our people to ensure that there is no crisis between the two communities.

“It’s so unfortunate that Akinyooye said my utterances are fueling crisis, but he could not quote any of those utterances. Moreso, he alleged me of using war strategy, while in actual fact, his statement in point number eight where he said ‘We are using this medium to advise and warn the people of Ilobu Community not to provoke Orolu people beyond this level in their own interests,” was a clear call for war. We call on the security agents to probe this statement in order to get to the root of the matter.”

“Our interest as a people is peaceful coexistence between the two sister communities and we have stated this during our meetings with the Commissioner of Police and the Director of State Security Service. We emphasize that at no point has Ilobu attacked the people of Ifon-Orolu and we’ll never do that.

“It may also interest the public to know that a case instituted by grandfather of Akinyooye, Oba J. A. Akinyooye at the High Court of Oyo State, was decided in favour of Ilobu people.

“The case, with suit number HOY/20/1970, had it judgement delivered on 16th July, 1973 by Justice Odumosu of the Western State of Nigeria. The judgement said Isangbe and other settlements in the vicinity were settled upon by Laarosin, the founder of Ilobu.”

The council boss said his belief is with the Government of Osun state, under the leadership of Governor Gboyega Oyetola and the security agents to resolve the crisis amicably as war is never an option.

He also called on the respected leaders of Ifon-Orolu and the state to call Akinyooye to order and prevent utterances that may lead to breakdown of laws and order in the community.

In his reaction, the President of Ilobu-Asake Development Union, Alhaji Dauda Adebisi-Balogun described the statement by IPU Publicity Secretary as inflammatory, stating that Ilobu will not betray its status as one of the most peaceful and hospitable communities in the country.

Adebisi-Balogun said even though Ifon people have declared war on Ilobu for a long time, which according to him was only reinforced by Akinyooye’s statement, the people of Ilobu will not be dragged into war.

He said, ” We’re peace-loving people and we will never be dragged into war. All we want is peace and we will continue to pursue that. Needless to say that we have brothers, sisters, friends and in-laws among ourselves.

“We call on the state government to help with physical demarcation in order to prevent future occurrences as the battle for land has continued between the two communities for over a hundred years.”

Also speaking with newsmen, a community leader and former Deputy Registrar of West African Examination Council, WAEC, Alhaji Abdulwahab Falowo termed the tenancy claim by Ifon-Orolu as an insult on the collective sensibilities of Ilobu. He added that it’s a product of incessant distortion of history by Ifon-Orolu kingdom.

Falowo said Ifon-Orolu people remain migrants from Ifon Ile in Ondo State which according to him naturally confers tenant title on them as they were housed by Ilobu.

While also calling for amicable resolution of the crisis, Falowo added that the ripple effect of war on the two communities, neighbouring towns and the State at large can not be imagined for now.

“We at the community level, even though we see that statement as a call for war, will still continue to pursue peace and harmonious coexistence. We have always been ready for dialogue and roundtable discussion.”, Falowo concluded.