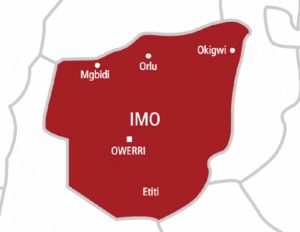 The Imo state Ministry of Women Affairs and Vulnerable Groups has reunited fifteen missing children with their families and 25 widows have gotten justice in the state.

The Commissioner for Women Affairs, Nkechinyere Ugwu, gave this record to newsmen yesterday in Owerri.

Ugwu said it was part of the ministry’s target to reach out to the vulnerable in the society and give them a sense of belonging.

She said among others, the ministry has “Successfully handled 30 child Abuse cases as reported ranging from defilement, child Abuse and rape. In likewise manner, 25 widowhood cases has been handled and justice delivered to the affected widows.

“Recertification of existing motherless babies homes / visitations to uphold set standards. Reunited 15 missing but found children with their families in their various LGAs also with the support of the wife of the Governor the Ministry distributed food items and essential materials ranging from rice, pampers, oil, milk etc to registered orphanage homes.”

“The Ministry also set out measures to ensure that the Bill on Violence Against Persons Prohibition, VAPP, is passed and equally the project construction of 3 VAPP in each of the 3 zones in Imo State.

The Ministry has constantly carried out spot checks for destitutes and lunatics within the State for evacuation to appropriate centres. The Ministry arranged admission of 5 blind persons of Imo State origin at the Farm Craft Centre, Lagos State,”She said.