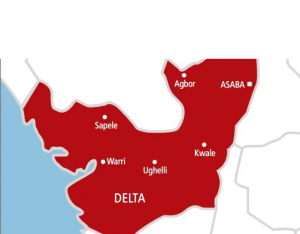 Engr. Ezonebi Oyakemeagbegha ,the publicity Secretary of Ijaw National Congress (INC) has stated the gentleman zoning arrangements has ended ,now it is the turn of the second in the roll to which is the Ijaws to deserve the Delta State Governorship seat come 2023 at Osadebey House, Asaba.

Oyakemeagbegha emphasized that the first circle of the gentleman’s agreement of zoning which the Ijaws judiciously abided to, is complete and therefore “the second round it should start from the Ijaws, considering that the Ijaws have not had the opportunity, more also for all the sacrifices the ijaws have made towards the development of the state.

The INC spokeman told Newsmen that, the Ijaws have one million reasons why they deserve the Governorship more than other ethnic groups in the State

reiterated that, the Ijaws have supported whole heartedly other ethnic groups of the State to emerge as Governor at various times.

He recalled that in 1999, the Ijaws fully supported Chief James Onanefe Ibori, of the Urhobo ethnic nationality to emerge as Governor,

In 2007, the Ijaws supported Dr. Emmanuel Eweta Uduaghan of the Itsekiri extraction to emerge as Governor, and repeated same in his re-run. The Ijaws in their believe of fairness, justice and equity, came out en-mass to support the incumbent Governor, Senator (Dr.) Ifeanyi Okowa.

The INC spokesman further told Newsmen that besides the Ijaws have highly experienced and qualified personalities , men of impeccable characters, that believes in the oneness of the state, and are very prepared both physically and spiritually to Governor the State.