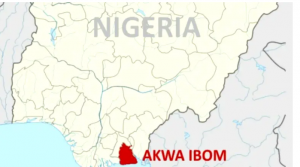 Akwa Ibom state government has said that it has dedicated all inter-ministerial direct labor projects to the education sector to address infrastructure deficits in public schools.

Ememobong explained that the only means to handle cases of lack of amenities in public schools was to use inter-ministerial direct labour to intervened and fix infrastructure in public schools.

He said the government has sent over 28000 desks to public schools as some primary school pupils never had desks in their classrooms to receive their lessons.

He listed other government infrastructure interventions to include perimeter fencing in schools, renovation of classroom blocks and assembly halls as well as drilling of boreholes in schools.

” Education sector is well captured in the completion agenda of Governor Udom Emmanuel. Recently, 28,000 desks were sent to public schools. we also ensure that public schools within Uyo metropolis are fenced round to check influx of persons in school premises “

On the steps by the government to curb cultism in public schools, the Commissioner said it has set the age limit for admission into public secondary schools at 12 years to check the vulnerability of students to antics of cultists who lure innocent children to cult groups in government schools.

” The age of perpetrators of cultism in public schools is a major challenge in fighting cultism in schools. The government is coming out with legislation to address it.

” We would also activate juvenile homes and moral rebirth as well placing spies in public schools to check who introduce cultism and isolate those who caused this cultism in our public schools,” he said.