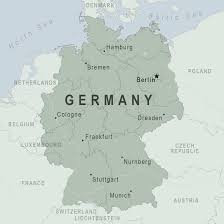 More than half the population of Germany is now fully vaccinated against COVID-19, Health Minister Jens Spahn said Wednesday, but concerns are growing about a slowdown in uptake.

41.8 million Germans now have full protection, while 61.1 per cent have received at least one shot. The more people who get vaccinated, the safer we will be in autumn and winter,” Spahn wrote on Twitter.

Germany’s vaccination campaign accelerated in the spring after a sluggish first few months, yet the country remains some way off the 80 per cent targeted for herd immunity.

The inoculation drive has slowed to a snail’s pace in recent weeks, sharpening fears of a fourth wave of infections driven by the more contagious Delta variant.

With case numbers also rising, the debate over how to convince more people to take the vaccine is set to become a key issue in the national elections scheduled for September 26.

Unlike other European countries such as France and Greece, Germany has so far ruled out introducing compulsory jabs for certain parts of the population.

Last week, Chancellor Angela Merkel urged citizens to get vaccinated to curb what she called a “clear and worrying dynamic” in the infection rates.

Every vaccination… is a small step towards a return to normality,” she said.

Merkel’s chief of staff Helge Braun has also mooted possible further restrictions on public life for the unvaccinated, even if they can show a recent negative test.

Germany has seen low infection numbers over the summer compared to many of its European neighbours, but cases have been creeping up over the past weeks.

On Wednesday, official figures showed 2,768 new coronavirus cases over the last 24 hours, while the incidence had risen again to reach 15 cases per 100,000 over a seven-day period.

According to the Robert Koch Institute public health agency, the Delta variant now accounts for more than 80 per cent of all new infections in Germany.