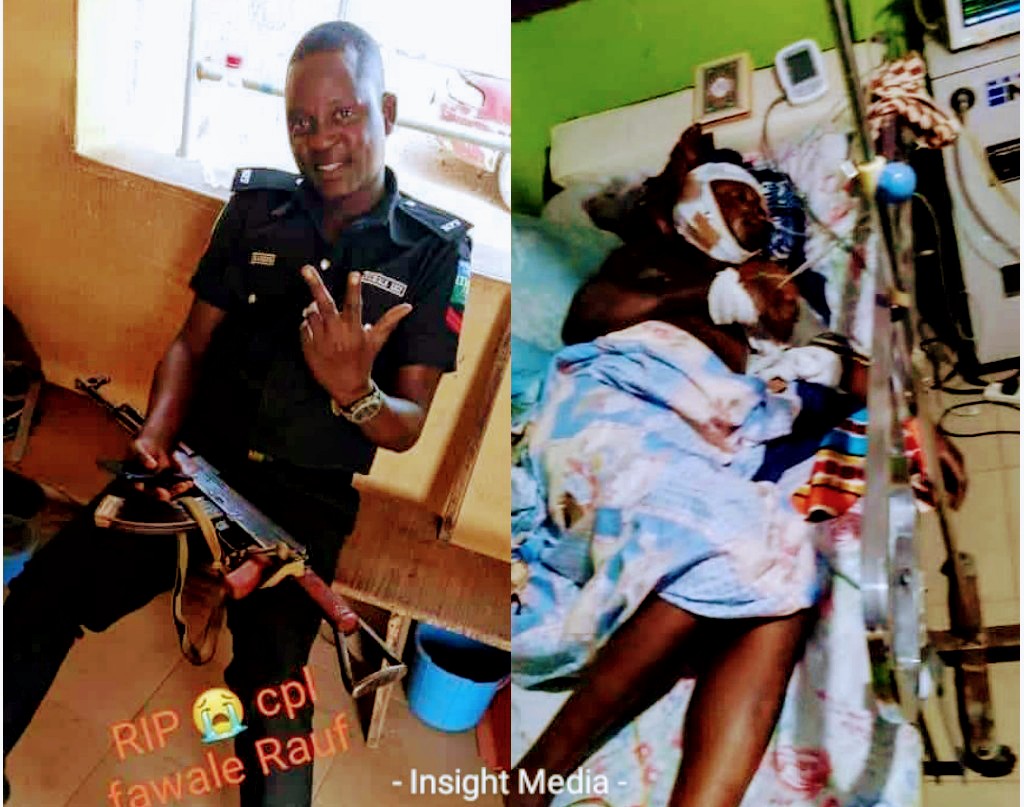 A police officer attached to Dada Estate division of Osun State police command, Corporal Fawale Rauf, has allegedly been beaten to death by officials of the State Security Service (SSS) in the state.

The deceased, who hailed from Ilobu in Irepodun local government area of Osun State died on Saturday afternoon, January 23, at the Osun State Teaching Hospital, where he was being treated after the beating.

Family sources told InsightMedia that the officer had quarrel with DSS operatives who allegedly invited him to a joint known as Riverside in Osogbo.

When he got to the joint, the DSS officials were said to have descended on him with objects like rods and sticks. They beat him into coma and left him unattended to.

He was taken to the hospital for treatment but remained in coma for nine days before he gave up the ghost.

Commissioner of Police in Osun State, Wale Olokode confirmed the incident to InsightMedia, he said the command is working with the DSS Command to identify those involved in the incident and to ensure justice is served.