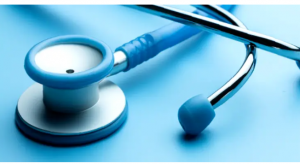 The Nation-wide strike by the Association of Resident Doctors, ARD, in Imo State, was complied with by the members.

The State President of, ARD, of the Imo State University Teaching Hospital Orlu (IMSUTH) Dr. Chima Edward, while speaking on the nation-wide strike said the Federal government has ignored them on the issue of their welfare.

Among the issues he said was yet to be attended was that doctors have not been paid their covid-19 allowance.

To make sure that their members complied with the strike action, the association said it has constituted what it called a monitoring committee within the period the strike would last in order to checkmate the activities of their members.

Edward said: “For us in imo state, we have set up a monitoring team to checkmate the activities of doctors in the Federal Medical Centre Owerri and the state Teaching hospital during this period of strike.”

However, he added among their grievances that “Doctors have not been paid their Covid-19 allowance. We need to take care of ourselves first before attending to patients. So, with this strike the government should come and listen to us,” The president insisted.