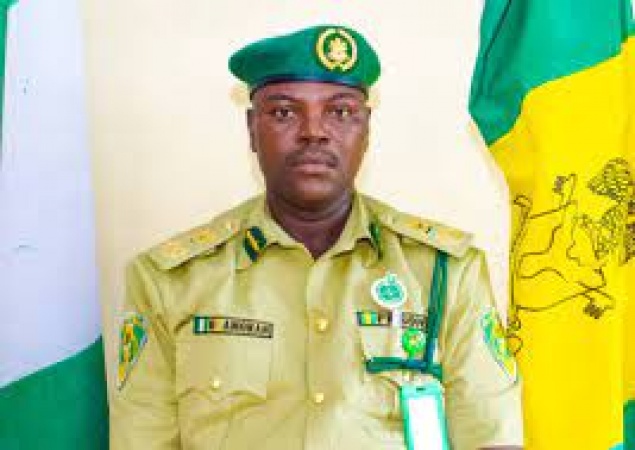 Authorities of Ile-Ife Custodial Centre in Osun State, yesterday, narrated how an attempt by inmates of the centre to break out of the facility failed.

Some inmates had attempted to escape from the facility on Tuesday morning, but security guards opened fire on four fleeing inmates and foiled the jailbreak.

In a statement issued on Wednesday by the Public Relations Officer, Osun State Command of the Nigerian Correctional Centre, DSC Olusola Adeotan, the Controller of Corrections, Olanrewaju Amoran, revealed that the attack on the custody started during a routine open-out of inmates for daily exercises.

Amoran confirmed that four inmates were shot while trying to escape but two died, adding that two others were receiving treatment at an undisclosed hospital.

He said the inmates overpowered officers within the centre and surged to the main gate in a bid to break out from the facility.

Amoran disclosed that inmates in a particular cell attacked the officers on duty and succeeded in breaking out more inmates from other cells.

The statement read: “Following the successful containment of an attempted jailbreak at Ile-Ife Custodial Centre, Osun State on January 4, 2022, I wish to state that normalcy has been restored in the facility.

“Recall that at about 11:48 hours, during a routine open-out of inmates for daily exercises, the inmates in a particular cell attacked the officers on duty and succeeded in breaking out more inmates from other cells.

“Having overpowered the officers due to their large number, they surged to the main gate in a bid to break out from jail.

“While the officers trapped within the yard were being manhandled, the ensuing confrontation between the escaping inmates and the armed personnel on guard duty resulted in four (4) of the inmates being immobilised.

“They were taken to the hospital for medical attention. Two of the injured inmates later lost their lives, while the remaining two are still in the hospital responding to treatment.

“Controller of Corrections, Olanrewaju Amoran was on ground to assess the situation.

“He assures members of the public that the inmates are in safe custody and normalcy has returned to the yard while investigation is ongoing.

“The Controller, on behalf of Controller General of Corrections, Haliru Nababa, appreciates other sister security agencies, for their swift response to support officers and men of the Service.” (Adopted from The Guardian)