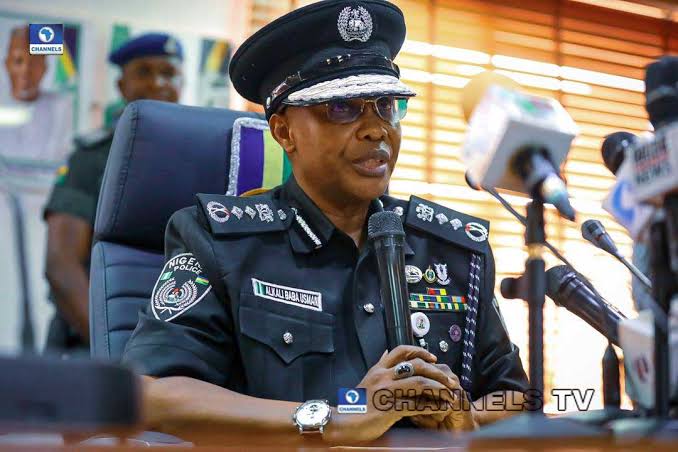 The incident took place at the Lagos State Police Headquarter lkeja when the newly confirmed IGP, who was on his first official visit to the state, was about to address senior police officers.

It was about 2:15 p.m. when he came down from office of the state Commissioner of Police, Azeez Odumosu, when a heavy wind started blowing.

At about 2:20 p.m. the wind got heavier, soon accompanied by heavy rain. At about 2:30 p.m. the rain and wind became heavier just as the IGP was being introduced.

As soon as the National Anthem was over the rain increased in intensity while the raging wind pulled down canopies covering both journalists and senior police officers. Both the police and journalists scampered for safety.

At that point the IGP and AIG Zone Two Lagos, Johnson Kokumor, as well as AIG Force CID Galandi, CP Odumosu and other senior officers rushed out – and then the canopy collapsed.

The News Agency of Nigeria (NAN) reports that the IGP arrived the Command at about 1:40 p.m. and was only able to take the National Anthem before the downpour started.

The wind blew up all the canopies erected. This development forced the IGP and other senior officers to run to the conference room while others and journalists sought safety in available.

The IGP on arrival in Lagos at 10:00 a.m., had visited Gov. Babajide Sanwo-Olu at the Lagos House, Marina, and the Oba of Lagos before coming to the command headquarters at about 1.40 p.m.

On arrival at the command, he met briefly with some senior officers at the conference room before coming to address other senior officers, including Area commanders, DPOs, squadron commanders before the rain started.

IGP Baba later briefed the press, where he pointed out the areas that needed to be improved on by his men.

He listed them to include: crowd control, which he said should be done by policemen according to the norms of discharging their responsibilities.

“There is the need to also control the use of arms. Officers should lecture their men that once they are assigned rifles, there is a time and reason for their use. You need to guard them and use them responsibly.

“We must also be civil in discharging our responsibilities. Never should we allow our stations to be overrun to the extent that we will not be able to handle situations because of cowardice or lack of professionalism,” he said.

The police chief added that his mission in Lagos was to familiarise himself with and address officers of the Command on how the Nigeria Police will be administered under his leadership.

Baba said that there was also the need to talk to police officers that they had a duty to perform which should be done while some things were taken cognisance of.

“It is good to remind ourselves of the enormous task of policing in a democratic system.

“We have not got all we need to discharge our duties in terms of welfare, logistics and equipment. But with the available limited resources, we will do our jobs with more dedication and professionalism.

“I want to congratulate us that the government and the people are taking cognisance of our duty.

“We have the support of every Nigerian like never before and it has become obvious that we are neccessary in maintaining equilibrium,” he said.

The IGP also urged senior Police officers to motivate their men through rewards and sanctions.

According to him, rewards will motivate the men while sanctions will serve as deterrent to others.

The police boss said the Police was beginning to witness increase in its personnel, improvement in logistics and welfare and that recruitment was ongoing.

He added that the police was also taking delivery of some tools from the Police Trust Fund and that the request of the Lagos Commissioner of Police, CP Hakeem Odumosu, for equipment was noted.

Baba added that the police authorities would focus on training and retraining of policemen so that they would be able to discharge their duties with professionalism.

“We need to restore our professional calling by way of discharging our responsibilities through technology based practices and go by the enabling laws,” he said.

He added that the police was also working toward the rehabilitation and the reconstruction of barracks and effective housing scheme project which would serve as retirement homes for officers after service.

The Commissioner of Police in Lagos, CP Hakeem Odumosu, said that Lagos State had been calm and relatively peaceful as crimes and criminality had been suppressed.

He stressed that the command was able to arrest 2,228 suspects connected with offences ranging from armed robbery, cultism, murder, hooliganism and defilement/rape in the state.

Odumosu solicited the assistance of the IGP in the rehabilitation of Police facilities that were burnt during the #EndSARS protests .

He stressed that the damaged facilities had affected the operations of the Command in tackling crime.

“We lost six personnel. 16 Police stations and 13 Police posts were set ablase then. Similarly 106 Police personnel were injured while 62 patrol vehicles were burnt and some others vandalised,” he said. (NAN) 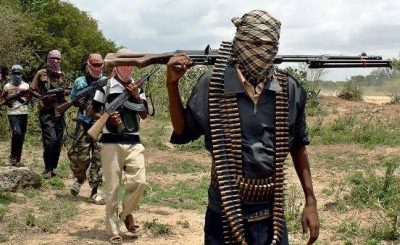