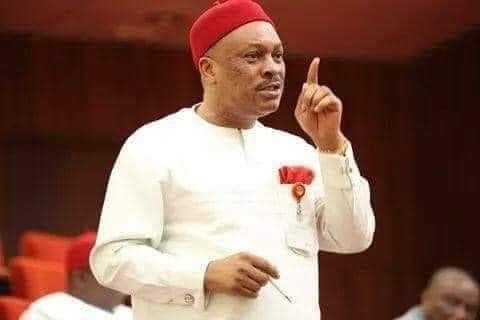 Senator Samuel Anyanwu on Saturday disclosed that Imo lawmakers of the All Progressives Congress (APC), have started negotiating to join the Peoples Democratic Party, PDP, in the state.

Anyanwu said this in Owerri while speaking concerning the future of PDP in 2023.

The Senator said it was only the PDP that could accommodate everybody, adding that the defection of APC, members would be massive.

He said: “If national and state Lawmakers are secretly negotiating for a come-back into PDP, those already in the party should see their membership as a privilege to remain loyal and dedicated to party rules.

“There will be surprised exit of politicians from APC to PDP in the next few months, such massive crossover will mark the end of the ruling All Progressives Congress (APC) in Nigeria. I call on the PDP members to continue to remain firm to the party so as to guarantee their positions when the political tsunami of realignment will finally blow, loyalty to constituted party organs will be highly respected,” he said. (Vanguard)