He said it has also accounted for over 41 million businesses in the country.

Radda stated this during the opening ceremony of the Micro Small and Medium Enterprises Opportunity Fair held in Kano.

He said the aim of the fair was to provide opportunities to participating MSMEs to understand how to access the market and harvest the huge potentials in the sector.

According to him, “Micro, Small and Medium Enterprises sub Sector account for over 41 million businesses and provide over 59 million employments in Nigeria.

“As important as this sub-sector is to the overall well being of our national economy, it is bedevilled by some challenges that does not allow for some of the new enterprises to survive their 3rd year anniversary. Understanding that access to market is one of such challenge.

“SMEDAN has over the years assiduously worked to ensure that opportunity fairs held even when it demands the deployment of ICT platforms. Consequently, the fair is a major tool for lromotion, communication, marketing, networking and cross fertilization of ideas among MSMEs,” the Director General, Radda said.

In his remarks, Governor Abdullahi Umar Ganduje of Kano State applauded federal government strategies and policies in diversifying the nation’s revenue generation drive from the oil sector to the Agricultural and Digital Economy.

He said Kano State being the commercial hub center of the sub Saharan Africa is also a hub of Small and Medium Enterprises across the nation.

“The impact of Small, Medium Enterprises is felt in greater utilization of local raw materials, employment generation, encouragement of rural development, development of entrepreneurship and provision of opportunity for training managers and semi skilled workers,” Ganduje however stated. 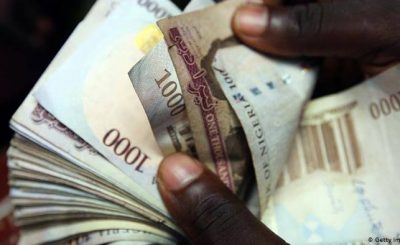 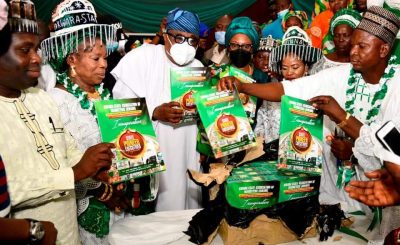