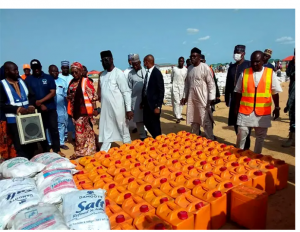 Addressing some of the IDPs in Bakassi camp in Maiduguri on Tuesday, Habib said he was there to see firsthand how the exercise was being conducted.

Habib who lauded the matured conduct of the IDPs during the exercise, assured them of sustained support from the Federal Government.

He said the timely arrival of this month’s ration, which included clothes for children, is to ensure they have a happy Eid El Kabir celebration.

Earlier, North-East Zonal Zonal Coordinator of NEMA, Mrs. Wagami Lydia-Madu, said over 7000 households are to benefit from the routine exercise in Bakassi camp. 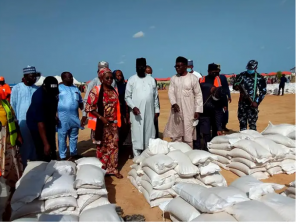 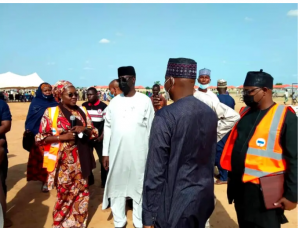 She said each household would get a ration compromising 10 kg of rice, beans, maize and varieties of condiments.

Speaking on behalf of the IDPs, Mrs. Halima Adamu, lauded the sustained intervention by NEMA for the past seven years and urged them to sustain the tempo.

Adamu, who described NEMA interventions as the best so far, made case on the need to increase the ration.