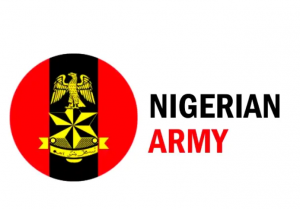 Nigerian Army officers, numbering over 200 of the ranks of Captain were expected to converge on Jaji Military Cantonment in Kaduna State for the senior staff course qualifying examination.

The examination was scheduled to take place from the 2nd to the 6th of August, 2021.

The Acting Deputy Director, Training and Doctrine Command, Army Public Relations, Lieutenant Colonel Ademola Adegoke, in a statement on Saturday, said the examination was a prerequisite for promotion to the rank of Major in the Nigerian Army.

ALSO READ: EFCC: I was not arrested, went on my own volition – Saraki

He said ‘in pursuance of Army Headquarters Training Directives 2021, over two hundred officers of the ranks of Captain in the Nigerian Army will converge on Jaji Military Cantonment for the senior staff course qualifying examination from Monday, August 2 to Friday 6 August 2021.

“The Examination which is an important prerequisite for promotion to the rank of Major in the Nigerian Army is being hosted by Headquarters Infantry Corps and Centre.

“Consequently, Training and Doctrine Command Nigerian Army will be conducting the Examination as scheduled which is critical to the career planning of the affected officers”.