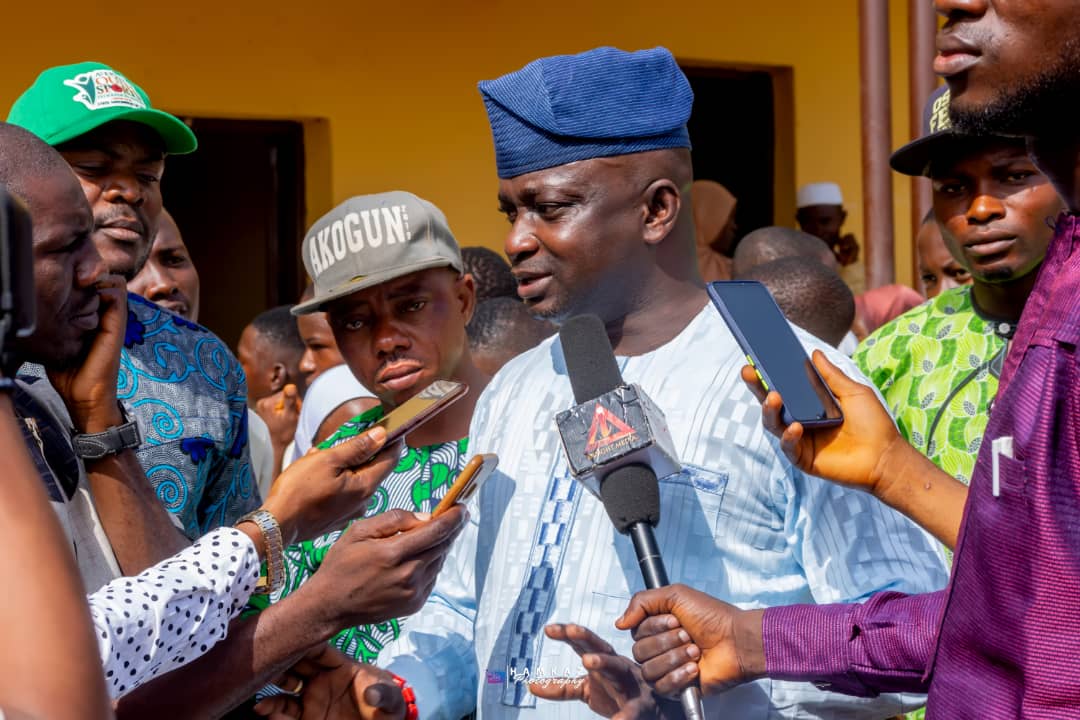 The Minority Leader in the Osun State House of Assembly, Akogun Kofoworola Babajide Adewunmi has stated that he and his colleagues are being treated unfairly by the speaker of the house, Timothy Owoeye and the State Governor, Gboyega Oyetola.

Adewunmi stated this in an interview he granted pressmen in his country home in Ede during the weekend.

The lawmaker, who represents Ede North State Constituency, stated that his legislative agenda for the year 2021 is to continue to pursue the interests of his Constituents, on whose mandate he stands.

“On your question, I will say that my legislative agenda is projecting the interest of my constituents at all times because they are the reason why I am here. They sent me here by the mandate given to me through franchise to represent them and make sure they are not shortchanged in the distribution of dividends of democracy, and it is on that basis that my 2021 legislative agenda revolves. This is what I have been doing since I was elected into the Osun State House of Assembly in 2019 upon my inauguration, and despite the unexplained hostility to our ideas by the House leadership, I have been pushing relentlessly without looking back to give the people of my constituency in Ede North their deserved voice.

“It is correct that I am the opposition leader in the House but the experience so far has been a disturbing one. And I am not alone with such experience, but my other colleagues, who are elected on the platform of Peoples Democratic Party (PDP) as myself, and it beats me really hard that the choice of our people is treated with so much disdain. This is democracy, and the practice, virtually everywhere, is for cross fertilisation of ideas for the betterment of the people, whether you are in the majority or minority.

When we got into the House, myself and my two other colleagues made the interest of the people the cornerstone of our agenda, and for the 18 months that we have been here, we have done almost everything to support the executive and the house leadership as long as we are convinced these are things that will benefit the public. That is why you hardly see us talk about anything, even though there are times we have reservations about how things are done, but because we don’t want any distraction, and we wanted government to succeed, we find a way to gloss over and pass it on but the treatment has not been palatable, especially from the Speaker, Rt. Hon. Timothy Owoeye, who has not being fair to us. Incidentally, the same Speaker had served under at least two Speakers before he rose to his current level. Alarmingly, he did not dish what he was offered in terms of equitable rights to all members without a disparity on account of partisan affiliations.

For you to get my point, I will share an experience, so ugly, that you’ll question if this is really democracy. It was the day when Governor Gboyega Oyetola signed the 2021 appropriation bill into law. After the usual ceremony and Governor Oyetola was done putting his signature, there was need for Principal Officers in the House to meet the Governor and talk. As the opposition leader and a Principal Officer, I moved forward to join others but I was turned back and to my consternation, the reason given to me was that only Principal Officers who are from the APC are allowed. It was so unbelievable but it actually happened and no one can defend that in a democracy– there is a reason why the Minority Leader position was crested by the crafter of the constitution. But the whole essence is being eroded by a party in government who had been an opposition party itself and unfortunately under the nose of a Man who was minority leader himself. This is to say the least barbaric and gives out Speaker Owoeye as a nepotistic leader.

When asked if Governor Oyetola was aware of the scenario, the lawmaker said, “definitely, he should be aware because he knows there are opposition lawmakers, and not having them in that meeting should naturally stir his curiosity. So, I want to assume he was aware about the unexplained decision to shut opposition representative out of that meeting and possibly, midwifed by people calling the shots on behalf of the Governor if not Mr Governor himself. But we didn’t deserve that because so far, we have been supportive of the government and want our people to get the best of the government. What matters to us is the overall good of the State and its people. I can count times when I joined in the driving of the policies made by this administration. Example of such was when the same school uniforms policy was reversed. I was the first lawmaker to sew and purchase uniforms and distribute freely to public school students in their thousands in my constituency. How further can we support a government? I don’t think the opposition has been treated well in the parliament under the APC led House leadership and it is worrisome.

If I tell you that we are yet to meet Governor Oyetola as it should be in a normal democratic environment despite that we have repeatedly asked the Speaker to facilitate it, won’t you be surprised? That should tell you how things have been in the last 18 months. We are supposed to be the closest to the grassroots and as such we have access to the plight of the ordinary citizens which in turn must be brought to the attention of the government and Mr Governor. The question is do we have the access? If they block access to Honourables, you must understand that the masses have been cut off their rule.

Kofoworola added they got the treatment of their party affiliations.

He said, “Really, that is how I see it and every attempt to try and straight things out is fiercely rebuffed. Last year, I toured my Constituency and noticed the deplorable condition of roads, and as their representative, I came up with a motion to draw attention and possibly, get government to fix them. But do you know what happened? The motion is there and up till now that I speak to you, I have not been allowed to raise it on the floor of the House. I called, text and did everything to persuade the Speaker to get the motion raised, but none has yielded and I don’t seem to understand why. As I noted earlier, I am here because my constituents said so and voted for me, and the essence of sending me here, just like my other colleagues, is to get them their fair share of what government has to offer. But the Speaker is saying otherwise that we can not have a say in how we are being governed. I leave the people to judge and most importantly I am speaking out because of posterity sake having endured for near 2 years to see if there will be changes but all to no avail.

He also stated that there are several times when he woul be denied opportunities to move a motion on the floor of the chamber by the speaker.

Asked if he got any explanation on why he and his colleagues are getting such treatment, Kofoworola said, “Not really, and as I told you earlier, I called, text and everything possible to get the motion moved but it wasn’t allowed. Issues as important as road should fall under matter of urgent public importance, which ordinarily should give my motion consideration. But here we are, and it is lying fallow, not moved, talkless of it getting deliberated and recommendation made to the Executive for repair or construction– whichever one applies. Is that still a democracy?

“Aside the motion that I have not been able to move, it will interest you to know that I submitted a Bill, and for like four months now, it is yet to be mentioned, let alone taken through legislative process. Why we’re getting such treatment is what we don’t understand. And this does not happen to the favourite Lawmakers under the APC nomenclature in the House.

Assessing the performance of the Governor, the Minority Leader applauded Oyetola on decisions made on Ladoke Akintola University of Technology, Ogbomoso and reversals of some policies in education.

He, however said, the shortage of teachers in public schools in the state is alarming and when a delegation in the Education ministry led by the Commissioner of Education, Honourable Folorunsho Bamisayemi, visited the House of Assembly last year, I raised the issue of recruitment of teachers in our schools. At that engagement, the delegation gave a November deadline for the recruitment process to be concluded and newly recruited teachers posted to our schools, but we’re in January now and nothing is heard yet. I believe this is one area Governor Oyetola needs to give a lot of attention so that students will have teachers to handle their trainings. They have sold forms to job seekers but contrary to their promise the jobs are not there and no account is done anywhere.”

When contacted for comment, the Chief Press Secretary to the Speaker, Kunle Alabi said he would get back to InsightMedia but he has not done that till the time of filing this report.