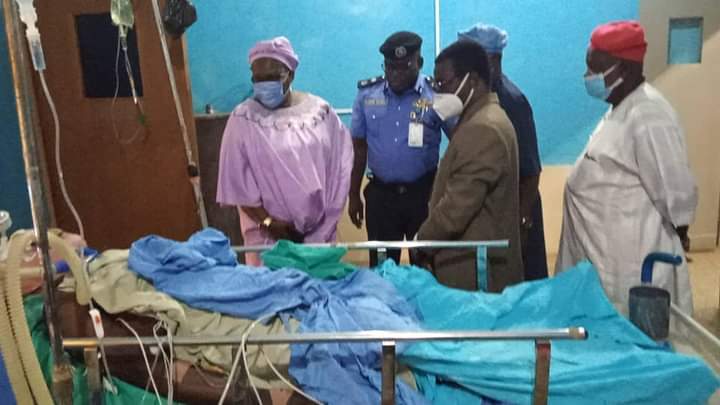 Following the gunshot injuries sustained by a passenger on a commercial motorcycle identified as Saheed Olabomi in Osogbo, the Osun Capital yesterday, the Governor of the State, Mr Gboyega Oyetola, has paid a visit to the victim where he (victim) is currently receiving treatment.

The Governor also visited the members of the family of the victim as part of efforts to show the Administration’s concern over the ugly incident.

This is even as the Governor reaffirmed his Administration’s commitment to further ensure the protection of lives and property of the citizens in the State.

Recall that the victim was reportedly hit by a stray bullet after a police officer allegedly shot to disperse people at a traffic scene around Oke-Onitea area, Osogbo, on Tuesday afternoon.

Sequel to this, the victim was immediately rushed to the Intensive Care Unit, Osun State University Teaching Hospital, Osogbo.

While assessing the state of the health of the victim, Governor Oyetola expressed delight at the fact that the patient has been responding to treatment.

Represented by his Special Adviser on Works and Transport, Engr. Hussein Olatoke Olaniyan; Special Adviser on Security, Mrs. Abiodun Ige, in company of the State Commissioner of Police, Mr. Olawale Olokode, the Governor said no effort would be spared to ensure adequate treatment for the victim as government was ready to foot the medical bills.

While conducting the government’s delegation round the facilities dedicated to save the life of the patient, the Chief Medical Director, Uniosun Teaching Hospital, Osogbo, Prof. Peter Babatunde Olaitan, said the patient was in a stable condition.

He said necessary surgery had been carried out on the patient to stabilise his health situation, saying, “thank God, he is responding to treatment.” 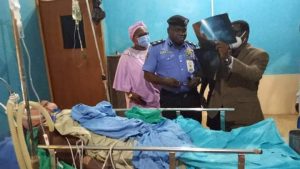 The hospital’s CMD noted that other operations would still be carried out on the patient to permanently stabilise and restore his health.

Speaking on what necessitated the sympathy visit, Oyetola said the visit became necessary to demonstrate government’s sensitivity to citizens’ welfare.

“The unfortunate incident that happened on Tuesday which involved the shooting of one citizen of the State was seen as a very serious development.

“We have gone to visit and sympathise with the relatives of the victim, starting from Aragbiji of Iragbiji, who is an uncle to the victim and also to other members of the family of the victim, particularly his father.

“We have been praying to God that the victim should survive this and come back to life. The Commissioner of Police has assured us that necessary measures will be taken to avoid a reoccurrence. He has also been directed to get to the root of the incident. Government will foot the medical bills,” Oyetola added.

Commending the delegation during a visit to the family of the victim, the Aragbiji of Iragbiji, Oba Abdul-Rasheed Olabomi, appreciated the Governor and the Commissioner of Police for their untiring efforts at guaranteeing the security of lives and property of the citizens.

Oba Olabomi who is an uncle to the victim, said the swift response of the government to the situation had really helped to douse the tensions occasioned by the people’s reactions that followed the incident. 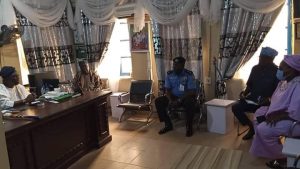