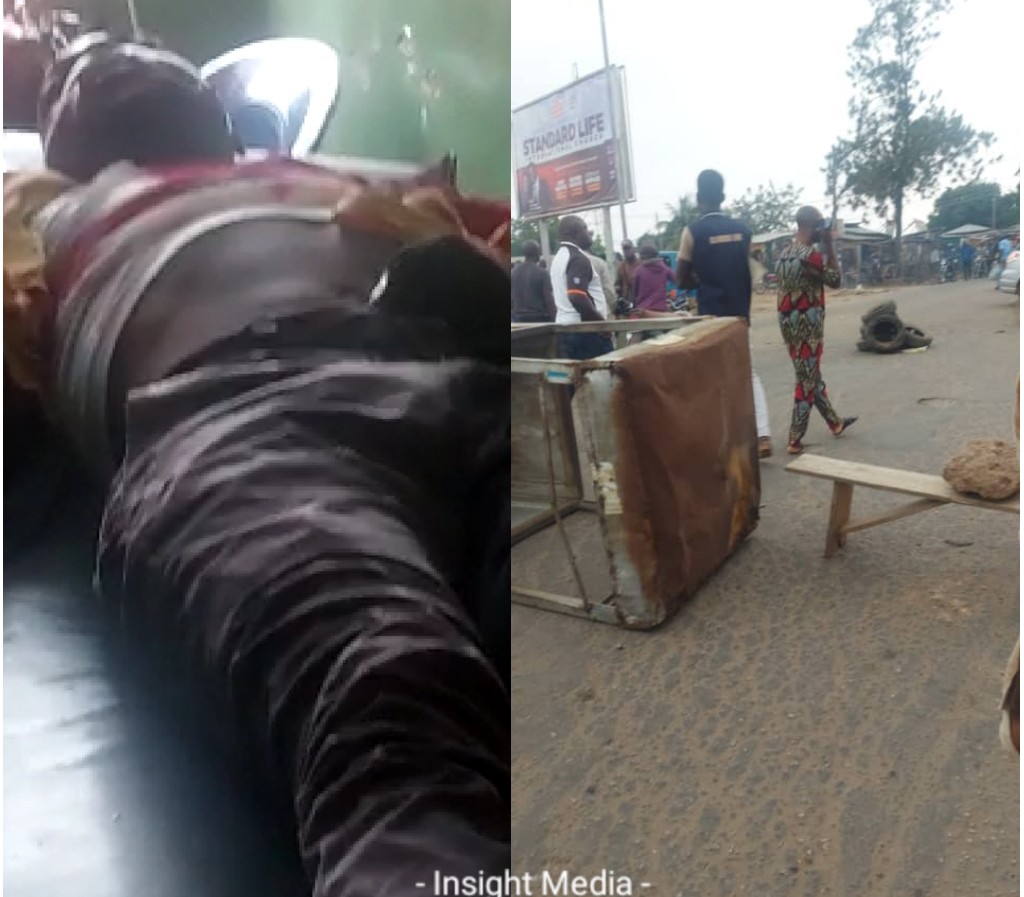 Men of Police have shot a man identified as Saheed Olabomi in Osogbo, the Osun State capital.

The incident occured around 5pm on Tuesday at popular Oke Onitea junction in the metropolis.

InsightMedia gathered that the victim is a nephew to the Aragbiji of Iragbiji, Oba Abdurosheed Olabomi. He was rushed to Osun State University Teaching Hospital for treatment.

Speaking with our Correspondent, father of the victim, Adewale Oyedele confirmed the incident. He said he was called by someone who witnessed the incident.

The eyewitness, Mustapha Asiru told our reporter that the incident started with a crisis between the police officers and some tipper drivers.

He said after the crisis got yo climax, police officers started shooting and the bullet hit Olabomi.

“What happened was that police officers and some drivers were fighting and the officers started shooting. In fact after shooting him, there was a traffic jam at the area but the police destroyed some facilities and reversed to make their way. Saheed was hit on his cheek and was on the floor for several minutes before we brought him to LAUTECH (UNIOSUN Teaching Hospital)”

“May God make him survive the shot”.

Commercial motorcycle riders have taken to the streets of Osogbo to protest the police actions.

As at the time of filing this report, they have gathered at Oke-Fia and are burning tires, causing traffic jam and sending panic into the minds of business owners in the area.

When contacted, Police Public Relations Officer of the Osun State command, Yemisi Opalola promised to get back at our reporter. 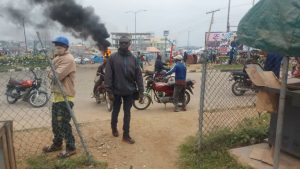 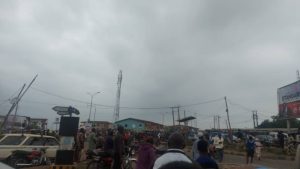 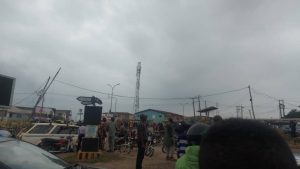 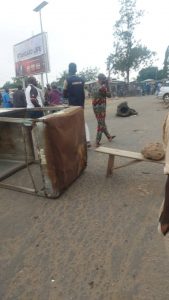 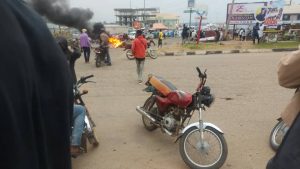 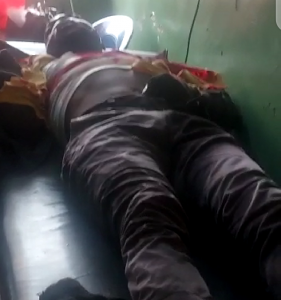